Young People Are Ready For A Third Party 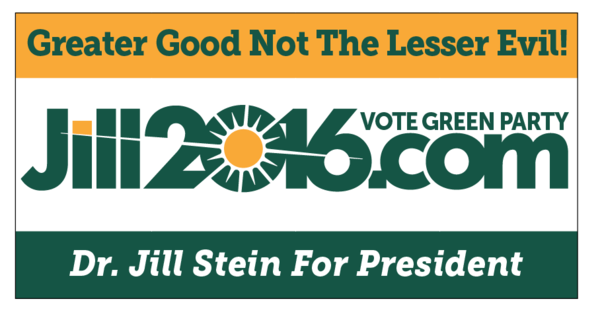 According to a recent GenForward survey by political scientist Cathy Cohen’s Black Youth Project, based at the University of Chicago, young people across the board, dissatisfied with both the Democrats and the Republicans, are eager for a fundamental political change. That is the good news.

On one level this is not surprising because so many young people, including young Black people, broke with their parents by supporting Bernie Sanders in the recent Democratic Primary election. In Cohen’s survey, even though Sanders did not win the Black vote overall, 46% African Americans between the ages of 18 and 30 supported him (as compared to 36% for Clinton). However, these young people are not just looking for the best option within the confines of the Democratic Party. They are looking for big changes.

When asked whether or not “a third party is needed,” 66% of African American young adults and 71% of their age cohort regardless of race, answered in the affirmative. They are not confident that either the Democratic or Republican Parties are able to fully address their concerns. And Trump’s rabidly racist populism has created an even greater mood of political urgency. Sanders’ appeal was largely that he was a left-leaning outsider and outlier. Even though he ran in the Democratic Primary, he spent most of his political career as a Socialist independent. This seems to have had an added appeal to young voters.

The problem is that the most progressive organized electoral Third Party, the Green Party, is unknown to most young people, and most Americans in general. 78% of the 2,000 young people surveyed by the GenForward poll (including 77% of African Americans) did not know enough about the Green presidential nominee, Dr. Jill Stein to have an opinion one way or another. This is both sad and telling because much of the Green Party’s platform reflects a commitment to those issues that concern African American young people the most: racism, police violence, education and guns. And Stein’s newly selected running mate is Ajamu Baraka, an African Americana and longtime human rights leader. Moreover, the Greens were the first national political party to run two Black women in a presidential election in 2008 when its ticket included former Georgia Congresswoman, Cynthia McKinney, and Black Puerto Rican activist, Rosa Clemente.

In terms of the Green Party platform, it includes many issues that resonate for young Black voters. In terms of education, the Greens promise to “abolish student debt to free a generation of Americans from debt servitude. Guarantee tuition-free, world-class public education from pre-school through university. End high stakes testing and public school privatization.” Under their racial justice plank the party addresses reparations, mass incarceration and police violence. The section reads as follows: “End police brutality and mass incarceration. Create a Truth and Reconciliation Commission to understand and eliminate the legacy of slavery that lives on as pervasive racism in the economy, education, housing and health. Ensure that communities control their police rather than police controlling our communities, by establishing police review boards and full time investigators to look in to all cases of death in police custody. Demilitarize the police.”

All of these positions seemingly coincide with the political leanings and passions of young Black people, and many progressive white and Latino(a) youth. But most of those young people will never have the option to make an informed decision about a third party option because Stein/ Baraka and the Green Party are invisible in the current media circus that covers every babbling utterance from Donald Trump’s mouth and is virtually silent on what real alternatives might look like.

So, in all the ways in which our political system is biased in favor of the reigning elites and the status quo, it is also sensationalist and selective media coverage by mainstream outlets that does us all a disservice. The GenForward survey exposes one important layer of this problem. At a time when a significant demographic among the U.S. electorate seem frustrated, if not completely disgusted with the two major political parties, many of them having expressed willingness to at least discuss what a third party could offer, the mainstream media are virtually silent on the issue, save for a brief town hall with the right wing Libertarians, and a few interviews with Jill Stein.

In addition to campaign finance reform, an elimination of the electoral college and an end to voter suppression, we also need media accountability in political coverage. This is one major reform that could pave the way for a viable Third Party challenge in future elections.