What Happened to the Nicaraguan Revolution?: A View from the Rank and File

When the Sandinista National Liberation Front (FSLN) led the Nicaraguan people to victory over the dictatorship of Anastasio Samoza in 1979, Wilmer (not his real name) was only 14 years old. Having come from a family of modest means, he identified with the revolution that ended the long repressive rule of the Samoza family that with U.S. backing had for 43 years run, ransacked and ultimately ruined Nicaragua. A few years later, Wilmer became a leader of a Sandinista Youth Brigade and led his group of idealistic teenagers to help bring in the coffee harvest in Matagalpa. With the outbreak of the Contra War in the early 1980s, the Sandinista government created a military draft in 1983, and Wilmer was conscripted and fought for two years in the Sandinista People’s Army (ESP) in the Matagalpa area where he had previously picked coffee.

A child of the revolution, Wilmer is now married with three children, one in college and two in private schools. Self-employed, he makes a modest living.. Wilmer has lived through not only the Revolution of 1979 and the first Sandinista government that followed, but also the two conservative governments of Violeta Chamorro and Arnoldo Alemán, the “Constitutional Liberal” government of Enrique Bolaños, and then the election victory of the Sandinistas in 2006 and again in 2011. Proud of the Nicaraguan revolution, Wilmer still holds his leftist convictions, but, in his soft-spoken way, he is highly critical of the Sandinista government, which, he says, has become a corrupt political group with its own financial interests. “When I see how the government works now,” says Wilmer, “I believe that the lives given in the revolution and the war against the Contras were in vain.”

As we drive around Managua in a taxi, Wilmer points out the Sandinistas’ business interests. See that hotel, he says, pointing at the modern four-story, block-square building. President Daniel Ortega—one of the comandantes who led the revolution, became the country’s president from 1985-1990, and was reelected president in 2006 and in 2011—now owns the four-star Seminole Hotel. Another comandante, says Wilmer, Bayardo Arce, used his political position and control of government resources to build his own economic empire, most important his Agri-Corp and its subsidiaries which produce rice and other agricultural products.

Wilmer points out that Carlos Pellas, one of Nicaragua’s richest men who owns a variety of plantations, corporations and banks, and former revolutionary leader President Daniel Ortega have become allies. Ortega’s government paves the way for Pellas’s various projects, such as his new hotel development on Nicaragua’s Pacific Coast, and Pellas supports Ortega politically. But it’s not only Pellas, says Wilmer; Ortega and the Sandinista government now work hand-in-glove with COSEP, the Superior Council of Private Enterprise that brings together all of the country’s major business interests. As Wilmer sees it, the Sandinistas who once talked about improving the lives of working people and the poor now help the rich get richer. 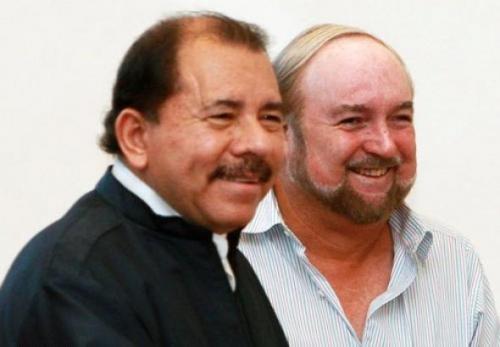 The former Sandinista soldier is also critical of the way the government uses the enormous sums of money from oil-rich Venezuela that President Hugo Chávez has given to Ortega. They amount now to about to about two-and-a-half billion dollars. While not denying that Chávez’s generous gift to Ortega has helped provide housing and food for his fellow Nicaraguans, Wilmer is highly critical of the lack of transparency and accountability. The Venezuelan money, Wilmer explains to me, comes into Nicaragua through ALBA, the Bolivarian Alliance for the Peoples of Latin America, a trade and development alliance of left-wing governments in Latin America originally created by Cuba and Venezuela. ALBANISA, Alba’s principal holding company, acts as a conduit for the Venezuelan loans to Nicaragua which will have to be repaid in 25 years. Beyond that, not much is known about how the money is distributed and used.

The money given by Venezuela to Ortega, says Wilmer, is not part of the national budget and is not controlled by Congress. Ortega himself determines how the money is used. Ortega, says Wilmer, distributes much of the money to private companies owned by Sandinistas to carry out various construction and food programs. These views are not unique to Wilmer, and the controversy surrounding the Venezuelan money has been widely debated in the Venezuelan and foreign press. Wilmer and others also complain that Ortega used Venezuelan money to finance his election campaigns in 2006 and 2011.

Perhaps what most disgusts Wilmer is that Ortega and the other Sandinista leaders act with complete impunity, there being no power in the country able to challenge their policies. He mentions the notorious case of Daniel Ortega’s step-daughter, Zoilamérica Narváez, who accused her step-father of having sexually abused her from 1979 to 1990. Ortega’s political immunity and the five-year statute of limitations kept the case from ever coming to court. The Inter-American Human Rights Commission accepted the case and recommended a friendly settlement, after which Narváez dropped her suit against Nicaragua and her step-father. When Nicaraguan feminists expressed outrage at the way the matter was handled, Ortega’s wife Rosario Murillo derided the country’s feminists as having women’s bodies but not a woman’s heart.

Wilmer is no longer a Sandinista supporter, and hasn’t been for a long while, but he has never given up his leftist ideals. . There are many others like him in Nicaragua, people of his generation, over 40, who remember the Revolution and the Contra War and continue to hold on to the idealism of their youth. For today’s young people it is a different story. But we will take that up in a subsequent Nicaragua Note.

Michael Kelly is an American writer living in Nicaragua. This is the second of an occasional series of Nicaragua Notes.

One comment on “What Happened to the Nicaraguan Revolution?: A View from the Rank and File”