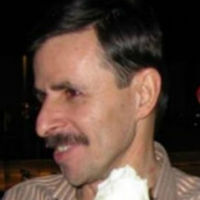 Mahmoud Beheshti Langroodi has been on hunger strike in Evin prison since November 26, 2015. His health has severely been deteriorated but he has refused to stop his hunger strike.

In a statement from Evin Prison on December 2, 2015, Mr. Beheshti Langroodi announced: “I hereby declare: I, Mahmoud Beheshti Langroodi, who have spent 25 years of my life teaching children of this land, and have more than 15 years of trade union activities in support of our esteemed teachers, have been on hunger strike since Thursday, November 26, 2015 (Azar 5, 1394), to protest against an unjust verdict of “9 year imprisonment” by Judge Salavati in a trial that lasted a few minutes, hoping that authorities, especially judicial authorities, after hearing my cry for justice, take actions ‘to vacate the prison sentence until a judicial review by a competent court with a jury is conducted publically’.”

Mr. Beheshti Langroodi ends his statement by emphasizing that those who have put him behind bars are directly responsible for any unfortunate consequences of this hunger strike.

As previously reported, Mahmoud Beheshti Langroodi, a board member and spokesperson for the Iranian Teachers’ Trade Association (Tehran), had been granted a furlough from October 11th to 17th, 2015; however, Tehran’s prosecutor denied his request for the extension of his leave despite the fact that his bail conditions had previously been approved. He therefore returned to Evin prison on October 17, 2015.

Prior to his temporary leave, Mr. Beheshti Langroodi had gone on a dry hunger strike for six days following his arrest on September 6th to protest against his unjust incarceration. Mr. Beheshti Langroodi had previously been arrested a few times and was sentenced to a total of 9 years as indicated above, but it was not clear whether this sentence was going to be carried out, suspended, reduced or otherwise annulled. In recent months it has become very clear that the Iranian government is increasing repression of teachers and intends to keep as many leading members of Iranian teachers’ associations as possible in prison.

Mr. Esmail Abdi, General Secretary of the ITTA-Tehran, as well as a number of other prominent teachers including Rasoul Bodaghi, Ali Akbar Baghani, Alireza Hashemi and Abolreza Ghanbari continue to be in prison. Mr. Bodaghi has recently been given an additional three year jail sentences despite finishing his six-year prison term. Iranian Teachers’ Trade Associations form the Central Council of Iranian Teachers Trade Associations, which is affiliated to the Education International.

Background: Iranian teachers organised three rounds of nationwide rallies in January, March and May 2015, to protest against their poverty wages (the estimate for the poverty line in Iran is above 3 million toman, approximately $1000.00 per month, but teachers’ average monthly income is around 1 million toman or about $330.00). Iranian teachers have been calling for free education for all and are strongly opposing the privatisation and commercialization of schools and the education system and demanding that all classes meet the internationally recognized standards. For these rightful demands they have been paying heavy prices. Their last day of action on July 22nd was crushed by security forces and over one hundred teachers were arrested.

Please send protest letters to the authorities of the Islamic Republic of Iran (Please see the sample letter below).

We are writing to raise our extreme concerns and condemnation regarding increasing repression of teachers and labour activists in Iran.

We are alarmed that Mahmoud Beheshti Langroodi has been on hunger strike since November 26, 2015 and the authorities have refused to address his concerns and demands. Mr. Beheshti Langroodi has been sentenced to 9 years imprisonment in an unjust trial that lasted only a few minutes. He has demanded that the authorities to take actions to vacate the prison sentence until a judicial review by a competent court with a jury is conducted publically.

We are also seriously concerned that many teachers have been persecuted in recent years. Mr. Esmail Abdi, General Secretary of the ITTA-Tehran, as well as a number of other prominent teachers including Ali Akbar Baghani, Alireza Hashemi, Rasoul Bodaghi and Abolreza Ghanbari continue to be in prison. Mr. Bodaghi’s prison term was for six years and he was scheduled to be released in September 2015; instead, he received an additional three years in prison.

We denounce repression and prosecution of teachers and other trade union activists in Iran and call for the immediate and unconditional release of all teachers and labour activists in Iran and the recognition of workers and educators to have the right to organize without fear of persecution. In particular, we are extremely worried about the health and well-being of Mr. Beheshti Langroodi and call on the Iranian government to immediately address his demands and vacate his prison sentence. All governments around the world have obligations to protect the lives of their prisoners. Mt. Beheshti is a prisoner of conscious and must be treated according to all internationally recognised human rights.

• The Judiciary of the Islamic Republic of Iran – High Council of Human Rights
Email: info@humanrights-iran.ir

• Permanent Mission of the Islamic Republic of Iran to the United Nations
Email: iran@un.int

International Alliance in support of workers in Iran (IASWI)