Understanding Antisemitism Is About More Than Israel and Palestine 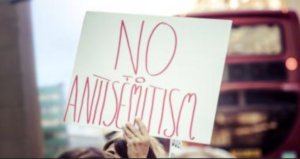 Four months ago, 200 academics from the United States, Britain, Europe and Israel published the “Jerusalem Declaration,” an attempt to produce a single, usable, guide as to what separates antisemitic behavior from behavior that does not deserve that label.

Surely, you might ask, this exercise is redundant? Everyone knows what antisemitism is—it is hate speech or actions directed at Jews. But it isn’t the case that everyone agrees. Since 2016 governments across the world (including the British government) have insisted that private bodies including political parties, universities, even football clubs, must adopt a different definition of antisemitism, one adopted by the International Holocaust Remembrance Alliance (“IHRA”). In North America, the Trump-era Department of State signed up to the IHRA definition, as did the Anti-Defamation League. Universities are under pressure to sign up, and in February Kentucky became the first state to formally adopt it.

The number of people involved in drafting the two definitions is very different. The IHRA definition was drafted by Kenneth Stern, the in-house lawyer of an advocacy group, the American Jewish Committee. He has written about his intentions, which were modest. “The [IHRA] definition was drafted to make it easier for data collectors to know what to put in their reports and what to reject.” Stern did not anticipate his measure would be used to study particular events; what he wanted was something simpler, just a “working definition”, in other words a practical guide, to help statisticians so that they could assess dozens of incidents at a time and tell us whether their number was rising or falling year by year.

The Jerusalem Declaration definition by contrast was a group effort. Among the initial signatories were the historian of the German Army in the Holocaust Omer Bartov, the philosopher Brian Klug, Tony Kushner, who has written more widely than anyone on antisemitism in postwar Britain, the Conservative rabbi Jill Jacobs, the international human rights lawyer and opponent of the use of torture after 9/11, Philippe Sands.

The IHRA definition begins “Antisemitism is a certain perception of Jews, which may be expressed as hatred toward Jews.” But what is this “certain” perception of Jews? You could read the definition a hundred times and would be no wiser. It says that this undefined perception of Jews “may” take the form of hatred—but what else other than hatred qualifies? It fails to explain what the perception is that makes a speech or an act antisemitic.

The Jerusalem Declaration definition is much clearer. “Antisemitism is discrimination, prejudice, hostility or violence against Jews as Jews (or Jewish institutions as Jewish).”

Most commentary on the IHRA definition focuses on its treatment of Israel and Palestine. This is why governments encourage civil society to adopt the definition, as a way (as its supporters might put it) of reminding people that criticism of the state of Israel risks slipping into antisemitism, or (as its detractors would say) of policing anti-Israeli speech.

In the body of the IHRA definition there is no mention of Israel. However more than half of the examples attached to the definition (seven out of eleven) refer to criticisms of that state. Stern wrote that “criticism of Israel similar to that leveled against any other country cannot be regarded as antisemitic.” However, his definition went on to give as an example of antisemitic speech: “Denying the Jewish people their right to self-determination, e.g., by claiming that the existence of a State of Israel is a racist endeavor.”

As many previous critics have also observed, the IHRA definition does not just take sides in the Palestinian conflict, it is also unclear. What for example did Stern mean by writing of “a” (meaning any) as opposed to “the” State of Israel? That criticism of Israeli policies, even calls for the present Israeli state to be smashed, were legitimate so long as the authors accepted that some Jews in the future would be allowed to live in the Middle East and have a state there? By saying that anyone who disagreed was an antisemite, Stern was smuggling into the heart of his definition his own unacknowledged views of that conflict.

The Jerusalem Declaration is sharper on the politics of Israel-Palestine and the risk of antisemitism creeping into that discussion. The authors write in concrete terms about the myth that “Jews are linked to the forces of evil,” and how this idea connects the antisemitism of the middle ages to a certain kind of anti-Israel discourse today.

The authors of the Jerusalem Declaration begin with examples of antisemitic words and caricatures, the capacity of antisemitism to be explicit or coded, and by showing how Holocaust denial is antisemitic. They go on to Israel and Palestine, but they do not start there. They get the relationship the right-way round. Racist comments about Israel are not the typical or predominant form of antisemitism but only an instance of a much wider phenomenon.

The Jerusalem Declaration has itself been criticized. It seems that few Palestinians were consulted. The Canadian academic and Palestine rights campaigner Mark Ayyash has written that the authors “determin[e] which kinds of anti-Zionist critiques and views constitute antisemitism and which do not,” with the result “that the very foundation of the Jewish state as a state for Jews is a matter only for Jews to debate and critically discuss.”

That objection overlaps, ironically, with the views of the people who support the IHRA definition. Both pro-Israel and pro-Palestinian critics of the Jerusalem Declaration definition insist that the real issue is Israel/Palestine, and that we should fix our understanding of antisemitism according to what side we take in that conflict.

But this is why the Jerusalem Declaration definition is superior. It grasps that antisemitism long precedes the state of Israel. It has its own history and a wide reach today. Antisemitism informs government policy in Poland and Hungary; it shapes the new right and its fixation on George Soros. Any usable definition of antisemitism needs to see that wider context.

Six years ago, the Guardian reported a survey  that showed that one in six people in Britain felt Jews thought they were better than other people, and had too much power in the media, while one in ten claimed Jews were not as honest in business as other people. Another one in ten said they would be unhappy if a relative married a Jew. The revival of antisemitism in the United States was even clearer under Donald Trump. That prejudice, too, needs to be understood and fought. Definitions which focus on protecting a state, rather than combating racism, ignore serious threats to Jewish communities—the attacks on cemeteries and on people, the sense that in a populist age a familiar evil has returned.

Posted August 20, 2021 Anti-Semitism/Jews by Phil Gasper
About Author
David Renton is a London-based barrister, historian and the author of Labour's Antisemitism Crisis What the Left Got Wrong and How to Learn From It.