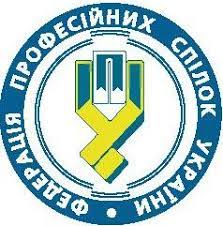 1. Ukraine has been resisting the Russian Federation (RF) aggression since 2014.

As a result of the aggression Ukrainian Crimea was annexed, parts of Lugansk and Donetsk regions of Ukraine were occupied. Over the last eight years of RF aggression Ukraine has lost dozens of thousands of human lives, more than 1,5 million of our citizens were forced to become internally displaced persons.

At the same time the war and the threat of a large-scale invasion undermine the Ukrainian economy. These are the losses of industrial and infrastructure facilities on the occupied territory, stopping of investment. All these are reflected in the income and employment of workers who strive for peace and democratic development of their country.

2.The President of RF V.Putin by his decree of February 21, recognized the self-proclaimed  Luhansk and Donetsk Republics as sovereign and independent states.

The recognition of self-proclaimed republics of the DNR/LNR is a violation of the international law and the destruction of the security system which has been developed after the Second World War and the collapse of the USSR, as well as an act of violation on sovereignty, independence and territorial integrity of Ukraine with the de facto exit of RF from Minsk Agreements.

4.The Ukrainian armed forces strictly observe the ceasefire regime. They conduct neither military nor unlawful actions in the occupied territories.

At the same time, in the territory controlled by Ukraine civilians of the Donetsk and Luhansk regions have been suffering from the constant artillery shelling from the side of the occupied territories over the las week.

Moreover, the RF is carrying out a rabid campaign to discredit the Ukrainian Military by spreading of mass disinformation, provocations, false flag shelling in Luhansk and Donetsk Regions in order to find a casus belli to start a large-scale war.

5.The official position of Ukraine, which has been announced many times, is grounded on the search of a political and diplomatic way of returning of occupied territories.

6.On behalf of trade unions organizations we express our deep gratitude for the countries, organizations, politicians and people, who have been supporting Ukraine all these years.

7.We appeal with the request to the trade unions and public organizations to provide the solidarity and information support to the Ukrainian public in the fight against the Russian Federation aggression, and to prevent a large-scale war in Europe, which can change instantly the European countries way of development and the architecture of the world order.

We request tge dissemination of this Statement of Ukrainian unions on trade unions’ web resources, in social media and messengers.

The People of Ukraine will resist and win the struggle for independence, territorial integrity and their civilizational choice. #StopRussianAggressionInUkraine

Trade Union of Workers of Metallurgical and Mining Industries of Ukraine

Union of Energy and Electrotechnical Industry Workers of Ukraine

Trade Union of Aircraft and Machine Building Workers of Ukraine

Trade Union of Machine Building and Metalworking of Ukraine

URGENT STATEMENT! Russia attacked and started the invasion into Ukraine

On 24 of February, at 5 a.m (Kyiv time) Russia in a cowardly fashion attacked and started the invasion into Ukraine.

The main Ukrainian cities Odessa, Mariupol, Kharkiv, Chernihiv, and Donetsk and Luhansk oblasts are under attack. The airports near Kyiv were attacked too. The Ukrainian army and people are defending their land.

Today we have to fight for our freedom, democracy, and peace.

The Confederation of Free trade Unions of Ukraine calls all global trade union organizations, brothers and sisters from t trade unions in different countries for solidarity.

The KVPU calls to continue and strengthen international diplomatic and economic pressure on the Russian Federation and provide all possible measures to stop war and force withdraw her forces from the territory of Ukraine. An effective package of sanctions must be imposed immediately against the Russian Federation.  We call to provide all possible assistance to Ukraine.

We must unite to stop the war and ensure peace in Ukraine, in Europe, and the whole world.

We want to emphasize again  Ukraine observed the ceasefire regime and respected agreements, didn’t conduct military or unlawful actions in the occupied territories. It was Russia that started aggression in 2014. It was russian forces that have been shelled the cities of the Donetsk and Luhansk region this week.  Also, we call not to believe Russian propaganda.

Not only the independence of Ukraine but also the security of entire Europe and the future of the world depend on our joint response and solidarity.

In unity is our strength!

The Chairperson of the Confederation of Free Trade Unions of Ukraine