To the Arab Readers of “Marx at the Margins” 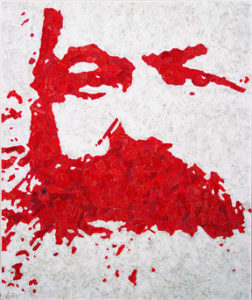 I greet with great pleasure the Arabic translation of Marx at the Margins.  As readers will see, the book takes up three intertwined issues within Marx’s thought, all them in relation to capital and the struggle for its transcendence: (1) race, ethnicity and class within a particular nation; (2) nationalism and national emancipation; (3) colonialism and the resistance to it.

Obviously, I am not the first author to address these issues within Marx’s oeuvre, but I hope to have brought them together in a manner relevant to the second decade of the twenty-first century.  I also hope that my use of little known works and in some cases unpublished notebooks by Marx can shed some new light on old debates.

Marx is of course a controversial author, but the intensity of those controversies show that he remains a living author, one whose shadow haunts even those of his opponents who claim that his ideas were discredited long ago.

The most common charge against Marx in scholarly circles remains the notion that he misunderstood the creative power of capitalism, of its “free” market, and that therefore history has passed him by.  This cliché has become increasingly worn since the Great Recession of 2008 discredited neoliberal orthodoxy.

However, a second charge against Marx in scholarly circles in recent decades has revolved around his supposed neglect of issues like ethnicity, race, nationalism, and even colonialism. One can find this charge in authors whose overall perspective is quite different from one another, for example, the sociologist Anthony Giddens (in his 1987 book The Nation-State and Violence) or the Palestinian-American literary theorist Edward Said (in his 1978 book Orientalism). Given the rising importance of these social issues, such charges against Marx could be devastating, were they correct.

Marx at the Margins began as a response to those kinds of charges, influenced strongly by the last book of my mentor, Raya Dunayevskaya, Rosa Luxemburg, Women’s Liberation, and Marx’s Philosophy of Revolution (1982). In that book, Dunayevskaya intertwined non-class forms of oppression — around gender, race, ethnicity, and colonialism — with those around capital and class, and did so through a novel and original reading of Marx’s work, especially his late Ethnological Notebooks of 1880-82.  In her reading of Marx, the dialectic was not a closed, monist system, but a living thread that embraced universal human emancipation at the same time that it made room for particularity and difference.

At no time was this more the case than in Marx’s last years, when he re-thought many of his earlier concepts concerning social development, placing societies outside Western Europe at the center of his concerns, and suggesting that these societies might take the lead in terms of bringing about revolutionary change.  Most notably, he wrote in the 1882 preface to the Communist Manifesto that in agrarian Russia, where capitalist social relations had only begun to appear, the resistance of communally organized villages to this encroachment could, if it linked up to the Western labor movement, become the starting point for a revolutionary transformation on a global level.

Of course, in his earlier writings of the 1840s and early 1850s, Marx sometimes disparaged Russia, India, China, and other societies outside Western Europe as hopelessly backward and reactionary. But by 1856-57, he and Engels came out strongly in favor of the anti-colonial Sepoy Uprising in India, of Chinese resistance to the British in the Second Opium War, and also noted the growing agrarian unrest in Russia as a harbinger of radical social changes that were sure to come.  From about 1868 onwards, Marx came out against colonialism even more strongly, especially British colonialism in Ireland, at the same time embracing the Irish nationalist cause as never before.  On Ireland, as is discussed in chapter four, he acknowledged explicitly that he had changed his position, that he now saw Irish national emancipation not as something that would be achieved as a byproduct of the ascendancy of British socialist workers, but as the precondition of such an ascendancy.  His very last writings and notebooks suggest that he saw resistance to colonialism and to capitalist encroachment as a very significant factor in global politics and economics, not only in Ireland, but also in Russia, India, Indonesia, and North Africa.

It is important to note that these themes – and these changes — can be found not only in Marx’s journalism, letters, and notebooks, but also in his core economic writings, from the 1857-58 Grundrisse to the various editions of Capital I that he personally prepared for the printer, the German editions of 1867 and 1873, and the French edition of 1872-75.  Moreover, as I argue in chapter five, some of this dialectic was lost in the way that Engels prepared what he considered to be the definitive German edition of Capital I of 1890.

I have mentioned above Marx’s late notebooks and writings on Russia, India, Indonesia, and North Africa.  His notes on Algeria and North Africa, which cover both Ottoman and French rule, have been discussed before by several authors.  As I note in chapter six, the source for Marx’s notes is anthropologist Maxim Kovalevsky’s book on Communal Property, which covers India, Latin America, and Algeria. Concerning Algeria, Marx’s notes emphasize the extremely violent imposition of French colonialism and the fierce resistance of the Arab and Berber people to this imposition. He also emphasizes the particularly capitalist aspect of that colonialism, which, unlike the Ottoman version, uprooted the old communal agrarian relations in the village.  Here and there, he also shows that French imposition of more hierarchical and fixed property relations diminished women’s power in the villages.  Finally, he notes that the French colonialists were attempting to wipe out Algerian communal property at the same time that, back in France, the bourgeoisie was gripped with fear of another form of communal social relations that had emerged on the basis of the modern labor movement, the Paris Commune of 1871. In this sense, the struggles of French workers and Algerian peasants had a common basis, not as some kind of idealistic abstraction, but as a concrete example of the potential unity of working people across the world against capital.

What I have tried to do in this book is to bring such notions to the fore, to help us to see a pathway forward in a time of crisis and struggle the world over.  At the level of pure theory, however, I have tried to link together a number of Marx’s writings on ethnicity, race, nationalism, and colonialism.  In bringing these issues together in a single volume, I hope that I have shown Marx as a creative thinker for the twenty-first century.  As we near the celebration of the two hundredth anniversary of his birth, 1818-2018, I hope readers will consider seriously my conclusion that Marx’s thought bears not only on capital and class, but also on a number of issues related to colonialism, ethnicity, race, and nationalism. And while I do not discuss it very much in Marx at the Margins, Marx was also concerned with gender and human emancipation throughout his life, but especially in his late Ethnological Notebooks, as discussed extensively in Heather Brown’s Marx on Gender and the Family (2012). In all these senses, Marx is not a thinker stuck in the nineteenth century, but one very much of and in our time.

Posted June 2, 2019 Intellectual History, Left Politics, Middle East, Racism by Jason Schulman
About Author
Kevin Anderson is Professor of Sociology, Political Science and Feminist Studies at University of California, Santa Barbara. He is author of Lenin, Hegel, and Western Marxism: A Critical Study (1995), Marx at the Margins (2010), and co-editor of Raya Dunayevskaya: The Power of Negativity: Selected Writings on the Dialectic in Hegel and Marx (2002), The Rosa Luxemburg Reader (2004), and The Dunayevskaya-Marcuse-Fromm Correspondence, 1954–1978 (2012).