The Boeing and Volkswagen Debacles 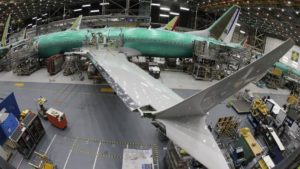 The Boeing Company, a huge global, high tech aerospace corporation has stumbled badly with enormous adverse financial consequences. The Boeing Max 8 tragedy and other corporate tech blunders should encourage us, especially those of us in the labor movement, to develop alternative perspectives and identify important strategic choices.

In order to compete with the advancing Airbus A320 series, a decision was made to upgrade the aging Boeing 737 series to the Max 8 rather than commit to a new design. Some flight control problems at low speeds resulted with the Max 8 and so an automatic control system was installed but not acknowledged or explained in pilot instruction manuals. Meanwhile Boeing (and the industry) had successfully assumed control over critical levels of review and inspection in the airworthiness process from the FAA and the Max 8 was cleared for sales to the great benefit of Boeing over Airbus; 5000 Max 8s are on order worth $500 billion dollars.

These critical decisions had dire consequences. After two crashes the Max 8s were being grounded in other countries all around the world and the FAA caved within days. Since then, as Boeing repeatedly announced that a fix was imminent, evidence has accumulated, some of it leaking out of Boeing and some extracted in Congressional testimony, showing that critical and precautionary thinking was not welcome at Boeing. In December 2019 with hundreds of new Max 8s in quarantine, production was suspended affecting tens of thousands of workers and thousands of suppliers around the world.  On Dec. 23 Boeing CEO Dennis Muilenburg was fired by the Board of Directors, following several other earlier departures of high level executives.

A few years prior, at Volkswagen and related companies in Germany, including electronics supplier Bosch, Audi, Porche and Mercedes, engineers were instructed to implement an engine control system using the on-board computer to defeat emission testing for diesel engines. The scheme was discovered by researchers at University of West Virginia and others, and resulted in enormous financial losses in fines, re-calls and rejected automobiles exceeding $9 billion. Top-level executives were prosecuted. But, like the engineering staff at Boeing, the automotive engineers clearly understood the intent behind what they were told to do.

The extremely costly Boeing debacle, like the VW diesel-cheating disaster before it, came from management behaviors that will undoubtedly be studied and taught in Harvard Business School case studies. Serious and thoughtful concern will be marshaled to attempt to rebalance risk calculation in corporate decision-making. But beyond the obvious explanations, like the bullying dominance of the finance and marketing people in strategic technical decision-making, there are the bigger issues that rise to the level of class power in technological societies. Based on massive data appropriation Google, Microsoft, Facebook and Amazon are selling products for surveillance, social engineering (targeted advertising and news manipulation) and military activities that fundamentally degrade and erode the public interest, technologies that are largely opaque even to boards of directors. For example, half the Boeing board members actually know little about aircraft development; they are either finance people or generalists (Nickki Haley, for, example) who were enthralled with the seemingly endless potential for profit at the Boeing Company, offering advice on performance, and political and regulatory problems. But even Board members with high-level technical competence cannot reach down into management decision-making at the engineering level when top management is running defense and crafting disclosures to the Board.

The problem with contemporary technological decision-making is that it is almost entirely the purview of private corporate power.  Regulators themselves, in a corporate friendly environment, cannot begin to compete with the secret technology gurus in assessing options and consequences. The FAA does not design, build and test airplanes. In the political process of evaluating technological policy choices, the public is totally out-gunned, as are the politicians who of course, defer to their constituencies (the people that own them). This problem is everywhere: even in the legions of app-ers creating algorithms with undisclosed adverse capabilities on a daily basis. From taxi-drivers to newspaper moguls to department store chains, the system is being up-ended and the capitalist ruling class is facing novel, perplexing challenges. The traditional institutional controls of public information and opinion have been hijacked; political power is now less reliable or predictable. But like they did in the Nineteenth Century and at the beginning of the Twentieth Century in devising and refining the corporate model of public ownership of private property (the stock market, etc.), the ruling class will come up with solutions (if the system doesn’t implode before then). We won’t like them and we need to study, analyze, construct and promote alternatives. In the old days, new technology was pretty transparent – railroads, oil wells, electricity; their development took some imagination and cunning but consequences were discernible and appropriate laws and regulations, from the point of view of the ruling class, were more or less able to keep pace with change. Today technological development seems to be outstripping the power of even the capitalist class to control it.

We need a political party that is not beholden to corporate wealth, whose goal is to advance the interests of the (international) working class, including substantial parts of the “middle class.” With global supply chains and coordinated, sophisticated suppression of workers’ rights across national boundaries, international worker solidarity is more essential than ever. To succeed that party must attract technology workers at all levels; they need to learn from workers and workers need to learn from them and both need to learn from history if we are going to survive this mess. They have to subject technology thinking to collective, critical, public review, and mount challenges to the corporations’ technology choices. To do this will require breaching proprietary information and knowledge, and examining the trade secrets of the information and other technology sectors. Microsoft, Google and other IT workers have already started to resist corporate policies, challenge sexual discrimination, improve working conditions and to thwart the worst corporate forays into repressive technologies but with minimal protection and resources and insufficient guiding theory. These will be major battles ending in court challenges and new laws that we can win if the working class is there with us. Unions should embrace, promote and protect technology workers and bring them into the labor movement.