Standing against war, repression and tyranny 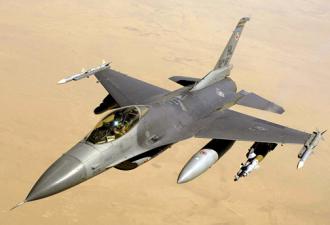 In this statement, socialist organizations from the Middle East to Europe to North America speak out against war, racism and repression.

WE FIGHT dictatorships, imperialist aggression and Daesh [the Islamic State in Iraq and Syria, or ISIS]. We reject the politics of "national security," racism and austerity. It's time to mobilize!

Over recent months, people across the Middle East have been hit by an intensification of conflict in Syria and Iraq. That escalation has been sponsored both by global imperialist powers–chiefly the U.S., Russia and European countries–and regional imperialist actors, including Saudi Arabia, Qatar, Turkey and Iran. These conflicts are the product of two distinct forms of counterrevolution: local dictatorships and counter-revolutionary regimes on one hand, and reactionary Islamic forces like Daesh [ISIS] on the other. The determination of major international and regional powers to impose their political and economic hegemony over the region is also a central cause of the current tragedy.

In Syria, the first form taken by the counterrevolution is support for the Assad regime. Russia's deadly raids and the intervention of Iran, Hezbollah and sectarian Iraqi militias champion this profoundly reactionary, anti-democratic project. Assad is fuelled, too, by the mistrust Western powers routinely demonstrate toward democratic and revolutionary forces in Syria, including Kurdish forces.

Those fighting for a democratic and socially just future are the first targets of the Syrian regime, imperialists and their allies in the region. Syrian democratic forces are also the target of Islamic forces playing a counterrevolutionary role, supported at one time or another, directly or indirectly, by the Gulf monarchies and Turkey.

As always, women are the first victims of war. Rape, abduction and even the sale of women are gruesome outgrowths of the conflict.

What is Daesh? It is the creation both of international and regional imperialist aggressions and of the dictatorial, sectarian nature of regimes in the region, particularly in Iraq and Syria. The rise of sectarian tensions in the region is also the consequence of this deadly compound of domestic repression and external aggression.

IT IS in this context that we should understand the recent attacks in Ankara, Beirut, Paris, Kuwait, Saudi Arabia and Tunisia, and the attack on the Russian aircraft in Egypt. These attacks only strengthen the evil that spawned them–state terrorism.

The rhetoric of the "war on terror" finds material expression in the ramping up of authoritarian state security policies, in war and in racism. Racism, particularly Islamophobia, has increased exponentially and has become state policy across Europe. Imperialist powers have used the rhetoric of counterterrorism to justify their support for dictatorships and their restrictions on freedoms, while regional dictators have used the same language to defend their own repression.

Now, it is this same overarching world view that unites France, Russia, the U.S., Turkey and the Syrian regime–though each has its own particular interests–such that they coordinate, directly or indirectly, their strikes and military maneuvers in Syria.

In the name of a war "against terrorism," today, the French state demands the power to terrorize. In the name of so-called "French values," freedoms are being attacked. In an authoritarian headlong rush, François Hollande bombs Syria and Iraq while all the talk of war and noble "values" is unable to provide answers to the political and social aspirations of the French working classes. Meanwhile, undocumented migrants, refugees, Muslims, veiled women, the Roma, foreigners and others are all prone to being designated "enemies within."

Throughout the wider Middle East, state repression of political opponents and social movements is on the rise; in Egypt and elsewhere, hundreds of death sentences have been issued in recent months.

In the face of the temporary demobilization and disorientation of large sectors of the oppressed, we must step up to the challenge with constructive initiatives. In practice that means:

— Oppose draconian policies; defend the democratic rights of everyone.

— Oppose all imperialist aggression, alongside implacable opposition to dictatorships and counterrevolutionary regimes.

— Fight against all forms of counterrevolution in the Middle East and the Maghreb, as elsewhere.

— Fight "fortress Europe"; demand the opening of borders and decent living conditions for all refugees and migrants.

— Strengthen solidarity with people fighting for their liberation and emancipation in the Middle East, the Maghreb and around the world.

— Solidarity with democratic and progressive anti-imperialist forces throughout the Arab region.