Resolution of the Anti-War Round Table of the Left forces 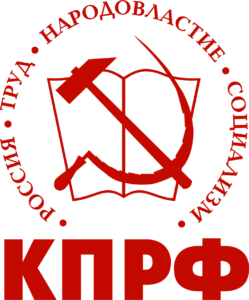 [We at New Politics do not usually publish statements of groups from the Stalinist Communist tradition, such as the Communist Party of the Russian Federation.  We have decided to make an exception in this case because this statement comes not only from the CPRF but also from several other left groups. We do so because the CPRF and these other groups have joined together to issue a statement opposing Russia’s war on the Ukraine, and we see this as an important development on the Russian left. — Editors]

We, members of the Communist Party of the Russian Federation, the Revolutionary Workers’ Party, the Russian Socialist Movement, the Socialist Action of the Left, citizens of Russia adhering to left-wing and democratic perspectives, declare the following with regard to the outbreak of hostilities on the territory of Ukraine:

If the current government is not able to bring peace to the people, then the way forward to achieve this will be a radical change of government and the entire socio-political system.