On Reforms and Revolutions

Non-Reformist Reforms Will Mean Nothing If They Don’t Build Autonomy As Well
By: Three Members of DSASeptember 27, 2017
[PDF][Print] 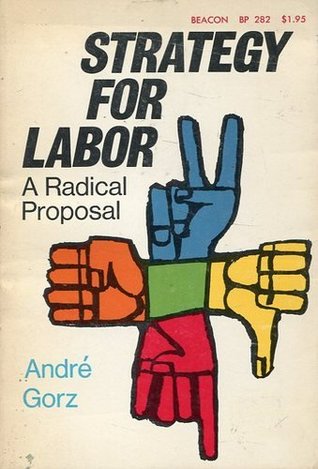 This August a hundred years ago, Lenin began to pen The State and Revolution in exile once more following a crippling defeat. Just one month prior, workers had risen and laid siege to government posts, but didn’t know what to do beyond that. History didn’t come down from above and give them a revolutionary society. This became obvious after the government sent troops to quell the uprising. The Bolsheviks, for their part, were caught off guard, and the workers’ movement underwent yet another cycle of repression.

Lenin’s work is no doubt a significant text that lays down an actual material proposal for realizing revolutionary transition that would abolish the state. Lenin developed a concrete theory that traced the history of autonomous worker struggle so as not to fall into the same trap of mysticism as those that conjure idealist utopian fantasies of reformism or spontaneous revolution.

It was through a critical lens of the working-class’s past that Lenin was able to develop a glimpse of socialism’s revolutionary future.

Leading up to the Democratic Socialists of America’s historic convention this August, Bhaskar Sunkara wrote in the New York Times that we have three roads before us. We can take the train of history and either get off on Singapore Station and deepen the crippling neoliberalism we know. We can get off at the Budapest Station and deepen the taste of fascism we witnessed in Charlottesville. Or we can get off at Lenin’s Finland Station armed with the a critical understanding of the past, and try our hand at democratic socialism.

If we want to take Finland Station seriously, it behooves us to take Lenin’s example. The question of strategy is particularly salient in our times, especially given the rise of Democratic Socialists of America. The rise of the DSA marks a critical development in the composition of social forces within the current cycle of struggles. However, if it is to develop into a vehicle that wishes to get us to Finland Station through means of developing a non-reformist reform program, then the question of autonomy must be at the very heart of this strategy.

That is, non-reformist reforms will hardly be such if they don’t also develop the autonomous power of workers and other structurally oppressed social sectors.

Autonomy and the Russian Revolution

Prior to drafting The State and Revolution, Lenin had long been writing about the prefigurative forms that socialism would take. No doubt, the search for these prefigurative forms of self-government were central to the revolutionary socialist tradition. This is why the spontaneous development of worker councils across Western Europe consumed the attention not only of Lenin, but of Antonio Gramsci and Rosa Luxemburg as well. To them, these were the key embryonic organs through which they saw socialism stemming. These were institutions that prefigured the new world in the shell of the old.

In Russia, the soviets first sprang as a spontaneous development in the failed 1905 revolution. While these organs were ultimately crushed, they were resurrected in the build up to the February Revolution. In the aftermath, these revolutionary organs held so much weight, so much popular power, that these counter-institutions had become vital to the (re)production of everyday life. The bourgeois parliamentary state was thus forced to recognize their legitimacy and share power with them. Lenin recognized this relational state in which counter-power institutions maintained an autonomous position from the state while nonetheless sharing power with it as one of dual power.

For Lenin, the role of the party was not only to defend these embryonic manifestations of the beginnings of a revolutionary society, but to remove barriers from its path to take full operational control of society as a means to develop self-governance. The autonomy of these institutions could not be threatened by either the state or the revolutionary party. The final moment of revolution then was one in which the stalemate between the two poles of power would break, in which social transformation would give rise to political revolution as a means to deepen social transformation, its limits defined by capitalism and the bourgeois state.

Developing a Strategy of Non-Reformist Reforms

DSA’s task today is to help foment and defend the advance of the working-class and other oppressed social sectors in a struggle for democratic socialism. And the conquest of reforms, surely, must be central part of this struggle. As Joseph M. Schwartz and Bhaskar Sunkara argue, these reforms must be of such a character that they move towards a break with the capitalist system. Citing André Gorz, they argue that a strategy should be developed in which one reform after another is conquered such that a total departure from capitalism develops.

According to their prescription, one would think then that a non-reformist reform program is the sum of its reforms. However, what is excluded from this proposal is the very question of autonomy. If alternative institutions and organs are not developed alongside and in step with this process, then both capital and the state will nonetheless retain operational control of society’s basic (re)productive functions.

As Gorz reminds us, what is critical is that the reforms develop in “such a way as to build up within the factories and the cities organs of direct popular power, such as workers’ councils and citizens’ councils.” It is through such that the rifts necessary to prefigure the break from capitalism come forth.

If we want reforms to have revolutionary potential, we have to build a pole of autonomous power that in turn begins to wield operational control of society’s (re)productive power. If this autonomous complex of institutions and organs is not developed, then both capital and the state will simply reconstitute itself through the absorption of autonomous power into its own ordering and logic.

If we do not keep an eye on the maintenance and development of autonomy, the New Deal of tomorrow will not be defined on the terms struck between the soviets and the provisional government in February of 1917, but rather on the terms delivered by the state’s total reabsorption of autonomous strength to maintain the order of exploitation.

Franklin Roosevelt’s New Deal was a direct response to the growing power of striking workers. However, this did maneuver worked to decompose rather than to strengthen the autonomy of the working-class. Aside from higher wages – no doubt beneficial to many workers – the family wage was developed as a means to decompose the industrial strength of female wage-earners. The advent of housewife-ization served to disconnect the growing economic strength of women as they increasingly moved into industrial work since the Civil War. The exclusion of people of color from the compromise of the New Deal’s benefits was critical to further dividing the fighting workforce and maintaining a racialized social order. To be sure, the New Deal maintained the racialized division of labor in which people color served as both the reserve army of labor and as an ever useful folk devil to frequently conjure as a public enemy in times of political or economic crisis. All the while, the New Deal developed a series of laws that, while recognizing the rights of organized labor on the one hand, served to also inhibit its autonomous power in a way that allowed labor to be controlled through law and regulation on the other.

This lesson from history has to shape our development of a non-reformist reform strategy and push us to reinforce and secure the strength of autonomous organs and institutions.

Today there are prefigurative forms across the terrain of social struggle. Campuses form worker councils through left union caucuses. Neighborhood assemblies are flourishing in cities like Seattle. Citizens’ initiatives like Cooperation Jackson are redefining the terms of electoral politics. The autonomous security provided by Redneck Revolt reminds us of the defense committees of yesteryear’s Barcelona. Discourses coming out of #BlackLivesMatter and transformative justice collectives provide a glimpse of a world without police.

Our job should be to bolster these initiatives and organs, defend them, and find a way to weave them together into a common complex that prefigures tomorrow’s socialism today.

The power to implement non-reformist reforms are generated through counter-institutions, defined by their transformative and democratic character. In turn, these counter-institutions must be brought together to form a common complex, complimenting each other’s work and seizing the (re)productive functions of society. It is through such that autonomous counter-power is not only developed and maintained, but become popularly recognized. It is their ability to have a material consequence in the functions of everyday life that they develop into a legitimate and necessary power.

What gives a reform actual revolutionary substance then is that the power it generates stays on the outside of the constituted structures of capitalism and the state. No doubt, the ability to develop such autonomy is dependent on the degree of strength it develops, and at a nascent stage of recomposition of militant left forces, the ability to take operational control will be limited. But this must be part of long-game strategy. Eventually, points of conflict will necessarily arise so that these prefigurative structures become threatened by a sudden maneuver of the state. Within such a conjuncture, one of two possibilities remain – autonomous power is crushed and reconstituted, or they enter into a relation of dual-power.

It is only through developing a genuinely democratic and autonomous counter-power that the tracks we travel do indeed get us to Finland.

Antje Dieterich and Daniel Gutiérrez are members of DSA, currently living in Berlin. Both are involved in developing a sanctuary city initiative in Berlin called Solidarity City Berlin. Antje holds a PhD from Freie Universität Berlin in Latin American History, and Daniel is a PhD candidate of North American Studies at Freie Universität. Antje has been published in ROAR magazine, while both have been published in Jacobin and Upping the Anti.

Victor Hertzfeld lives in San Diego and is a member of the Democratic Autonomy Federation. He has been involved in developing a left alliance in San Diego called Collective Resistance San Diego that includes the Party for Socialism and Liberation, Redneck Revolt, Colectivo Zapatista, and the Industrial Workers of the World. He studied political science and law across the University of California. Victor has been published in Upping the Anti.