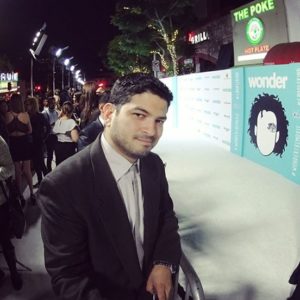 When Nicaraguan president Daniel Ortega announced coming changes to his country’s social security system on April 18 of last year, small-scale protests in Managua against the government’s response to a wildfire in the Indio Maiz Biological Reserve had been ongoing for several days. Ortega’s timing, to put it mildly, was poor. On the day on his announcement, thousands of Nicaraguans joined the wildfire protests to voice their opposition to the social security modifications, and what had started as a limited response to a relatively minor issue became—within hours—a countrywide movement that would upend Nicaragua.

Ricardo Zambrana, at the time a producer and anchor of a popular morning news show filmed in Managua, watched this first day of bolstered protests unfold with a sense of familiarity. Protests aren’t uncommon in Nicaragua, and just five years before people had also marched to oppose changes to the social security system. But—although he’d usually supported any given protest’s aims—Ricardo, 34, had never been meaningfully involved in any of the prior movements.

“I have to admit that, like many Nicaraguans, I’d avoided protesting because I recognized the relative stability of our situation. This same stability meant that the people who protested were viewed poorly, or simply ignored. And I’d learned to live with that.”

On Thursday, April 19, Ricardo and his team followed their usual routine and broadcast another episode of Primera Hora. Later that day, with the movement growing and becoming increasingly frenzied, two protesters and one policeman were killed. They were the first deaths to come out of the movement, and on Friday, out of respect for the dead, Ricardo asked for and received permission not to go on air.

The protests went on gathering strength, and by Saturday night the number of dead had risen to at least 10, with some sources putting it as high as 25. As the weekend progressed, Ricardo became convinced that he had to do something. Continuing the blackout policy from Friday, no episode of Primera Hora was broadcast on Monday, but Ricardo and his co-workers decided to go a step further and put out a press release via their social media accounts denouncing the government’s actions.

“Seeing the number of atrocities and murders and, above all, the number of lies my own network was putting out—smearing the students as criminals and vandals, finding any possible reason to delegitimize the protests, and not showing a modicum of respect for the families of the murdered—I, along with a colleague who also a presenter, resigned.”

The most significant period of social upheaval in Nicaragua since the 1980’s had just begun, and Ricardo was suddenly jobless.

While the social security proposals—which included an increase in taxes and a decrease in benefits—were the catalyst for the protests that broke out last April, their rapid growth and the anger underlying them can be ascribed to the string of authoritarian measures undertaken by Daniel Ortega throughout his time as president. Ortega came to national prominence in the 1970s as a leader within the Sandinista guerilla movement, which overthrew Anastasio Somoza’s American-backed dictatorship in 1979. Ortega became president in 1985 but would go on to lose in his 1990 reelection campaign to Violeta Barrios de Chamorro.

He was reelected 16 years later with a 36% plurality and soon abandoned the left-wing ideology of the Sandinistas for a more business-friendly form of governance. “When Ortega won the elections back in November 2006,” says Ricardo, “people were more than willing to give him the benefit of the doubt, so he could prove that he wasn’t going to try and usurp his powers and that he wasn’t going to damage our institutionality.”

Early on, however, Ortega showed a propensity for authoritarianism, and in 2009, a pro-Ortega Supreme Court did away with the country’s single presidential term limit, opening the way for Ortega’s reelection in 2011 and 2016. Throughout his three consecutive terms as president, Ortega has been credibly accused of various abuses of power, including human rights violations, kleptocracy, and electoral manipulation. A target of particular ire within Nicaragua is Ortega’s wife, Rosario Murillo, who became his vice-president at the beginning of his most recent term and symbolizes for many the administration’s nepotism and corruption.

By 2018, the Nicaraguan people had accumulated more than a decade’s worth of grievances towards Ortega and Murillo. As Ricardo sees it, it was only a matter of time before the country reached a breaking point.

“It’s like you’re living next to an active volcano, and you just live your life without thinking too much about it, because you know if the day comes when there’s an eruption, everything you know could be destroyed. We all lived like that, knowing we were on dangerous soil, but trying to ignore it so we could have some ‘peace.’”

After his resignation, Ricardo began using his status as a public figure and his large social media followings to speak out against the government. On Facebook and Twitter, Ricardo would post reports, breaking stories, and his own opinions. At this point in the movement, there was a lot to post. People were dying daily, and there was continuous debate over how to best resolve the conflict.

By early June, more than a hundred people had been killed and unrest had spread throughout the country. Meanwhile, the Nicaraguan business community—once considered a bastion of support for Ortega—had turned on the president and come out in support of early elections.

With tensions so high, Ricardo was well aware of the risks he was running with his outspoken criticism of Ortega.

“Being a public figure makes you an easy target, and I knew there’d be many, many people I didn’t know directing their hatred towards me, threatening me, and all the rest. But you think of the sacrifices that others have made—the students that can’t study anymore, the families that have lost their children, the small business owners that have lost everything—and any small sacrifice that I’ve made pales in comparison.”

By July, after months of government repression, the movement had begun to weaken. Halfway through the month, pro-Ortega troops took the Monimbó district in Masaya, one of the last opposition holdouts. The death toll by then was well over 300.

Although the movement’s presence on the streets had been greatly diminished, Ricardo continued to put out opinions and news through social media—and he continued to receive threats for doing so. Indeed, perhaps encouraged by Ortega’s success against the movement, the people threatening Ricardo began to send increasingly disturbing messages. His girlfriend was often mentioned, and the threats became graphic and more detailed. By August, Ricardo no longer felt safe in his home country and decided it would best to leave.

“There came a point when I knew that even if I wasn’t attacked, it was still possible for me to end up in prison for some ridiculous, invented reason. The Ortega supporter’s philosophy is that any member of the opposition deserves jailtime for ‘promoting terrorism, hate, and death.’”

After considering his options, Ricardo decided on Campeche, a small Mexican city on the Yucatan Peninsula. His girlfriend was eventually able to join him, and the two of them are still there, living off money Ricardo made from several consulting jobs he was able find in Nicaragua after resigning from his broadcasting job.

He follows developments in Nicaragua closely and continues do whatever he can to support the opposition.

Ricardo’s case isn’t unique. Some 40,000 Nicaraguans left the country last year, and for Ricardo and his exiled compatriots, the future is filled with uncertainty. “It’s unbelievable how difficult it is to plan for the coming month in our situation,” says Ricardo. “And that’s without even mentioning the next six or 12 months.”

Though what happens in 2019 is anyone’s guess, the Ortega-Murillo government’s credibility has weakened considerably and is showing signs of collapse. Ortega has few allies among Nicaragua’s business and religious leaders, and his regional support is limited to Cuba and Venezuela. Moreover, the movement against Ortega has had a catastrophic impact on the Nicaraguan economy. One report claims that Nicaragua’s annual GDP growth fell from 5% in 2017 to -4% in 2018, and between April 18 and October 31, one billion 371 million dollars were taken out of the country’s financial system.

New elections aren’t planned until 2021, and many observers think it’s virtually impossible for Ortega to hold on to power that long.

Ricardo agrees with this assessment.

“Their [Ortega’s and Murillo’s] fall is indeed inevitable. And I think they both know it. But while they have the money, the power, and the weapons, they’ll act like any other shipwreck survivor and cling to whatever piece of flotsam that keeps them above water. Although they can see that everything around them is sinking, they don’t care how many people suffer as long as they stay in power.”

He adds: “But Nicaragua’s eyes are wide open now. The citizens have lost their fear, and Ortega has lost the citizens.”

Posted March 8, 2019 Civil Liberties/Repression, Human rights, Media, Nicaragua by newpolitics
About Author
Jesse Anderson is a writer and translator originally from Seattle. He's published numerous book-length translations from French, and his debut novel, The Western Contingent, will be published in May 2019 by the Dalkey Archive Press. He lives in Mexico City.