Daniel Ortega, Nicaragua’s Nov. 6 Election, and the Betrayal of a Revolution

For many years now Nicaraguans on both the right and the left have referred to Daniel Ortega, a leader of the Sandinista Revolution of 1979, as a “dictator.” Now it appears that when country votes on November 6, he may succeed in becoming the country’s virtual monarch. Dan La Botz, author of the new book What Went Wrong? The Nicaraguan Revolution: A Marxist Analysis, asks here how the Nicaraguan revolution was betrayed and what ideas and decisions of the Sandinistas themselves were responsible for the betrayal.

Nicaragua’s Authoritarian Turn is Not a Product of Leftist Politics

On July 29th, Sandinista President Daniel Ortega unseated 16 opposition members and 12 alternates from Nicaragua’s legislature, eliminating one of the few remaining obstacles to one-party rule. Days later, Ortega named his wife, Rosario Murillo, as his vice presidential running mate for the November elections. Political analysts inside and outside of the country see the move as an attempt to secure a line of family succession, as Ortega, 70, enters the final years of his political career. 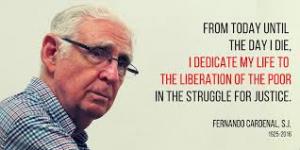 Fernando Cardenal, the revolutionary Jesuit priest who served as Secretary of Education in the Sandinista government of Nicaragua, died in Managua on February 20 following complications arising from heart surgery. He was 82 years old.

Cardenal, joined the Sandinista Front for National Liberation (FSLN) before the Nicaraguan revolution of 1979, having been like his brother the poet Ernesto Cardenal, also a priest, recruited by top Sandinista leaders. Cardenal played a key role in the 1970s, before the revolution, in building the Christian Revolutionary Movement and after the revolution he was the leader and organizer of the National Literacy Campaign. When in 1984 Pope John Paul II insisted that the Cardenal leave the Sandinista government, he refused, writing that he could not believe that God would want him to stop serving the poor.

In the early 1990s Cardenal broke with Daniel Ortega’s increasingly authoritarian Sandinista government, returned to the Jesuit order in 1997, and continued his work among the poor.

Nicaragua Notes: The Watchmen, the Hunters and Gatherers, the Street Vendors

In Managua one finds uniformed guards in front of the banks, in the shopping malls like Metro Centro, in the grocery stores, and anywhere else there is likely to be substantial amounts of money. These men have the status bestowed by a uniform and the authority commanded by carrying a pistol. One could say that they are the elite of their profession, but they are far outnumbered by the lumpenguardia found on every middle class street of the capital city.

Nicaragua: Hunger, Malnutrition, and the Fight to End Them

School began this week for children all over Nicaragua, but even before children entered the classroom the Nicaraguan government had begun supplying its School Feeding Program as the Ministry of Education transferred food from warehouses to 10,000 schools in 153 municipalities. For many Nicaraguan children, the School Feeding Program is essential to preventing hunger and malnutrition.

Nicaragua is in the midst of a contentious debate that could become a serious social struggle over the reform of the nation’s Social Security system. President Daniel Ortega’s Sandinista government has proposed to increase the retirement age, the number of years one has to work, and the number of required contributions.

What Happened to the Nicaraguan Revolution?: A View from the Rank and File

When the Sandinista National Liberation Front (FSLN) led the Nicaraguan people to victory over the dictatorship of Anastasio Samoza in 1979, Wilmer (not his real name) was only 14 years old. Having come from a family of modest means, he identified with the revolution that ended the long repressive rule of the Samoza family that with U.S. backing had for 43 years run, ransacked and ultimately ruined Nicaragua. 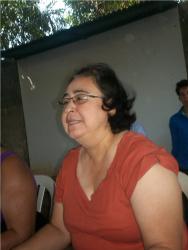 Nicaraguan President Daniel Ortega and the Sandinista government have failed the country's women. That was the message delivered by Azahalea Solís, an attorney and a member of Nicaragua's Autonomous Women's Movement, speaking at the Ben Lindner Center in Managua on January 17 to an audience of Nicaraguans and American students from various universities.