Should Cuba Remain a One-Party State?

The one-party state is a very controversial question that few of the left-wing critics of the Cuban regime have been willing to address. What follows is an attempt to explore, from the left, some of the issues around this topic.

On Racism and Revolution: An Interview with Cuban Activist Norberto Mesa Carbonell 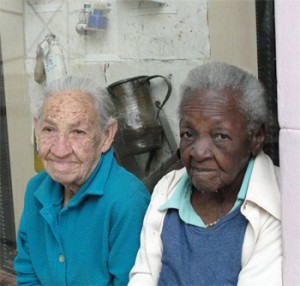 Since 1959, the Cuban revolution has been dedicated to racial equality. In a country where slavery was abolished only in 1886, the revolution offered many black Cubans their first access to land and education, through the new universal egalitarian policies, and an explicit commitment to eliminating racial discrimination. Even critical scholars argue that though it falls short of racial democracy, Cuba has done more than any other society to eradicate racial inequality.

Yet since Cuba’s “Special Period” began in the early 1990s, resources have been severely limited. Market-oriented reforms have come at the price of rising inequalities, which are not color-blind: racial tensions have increased substantially. To counter this trend, several black artists and public intellectuals have created a vibrant anti-racist activist scene, partly attached to the government-sponsored “Regional Afro-descendant Articulation of Latin America and the Caribbean, Cuban Chapter” (abbreviated in Spanish to ARAAC).

The Alternative in Cuba

On December 17, 2014, Washington and Havana agreed to a path-breaking change in a relationship that, for more than fifty years, was characterized by the United States’ efforts to overthrow the Cuban government, including the sponsorship of invasions, naval blockades, economic sabotage, assassination attempts, and terrorist attacks. 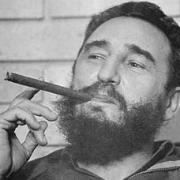 When in 1959 I was fourteen, my socialist, pacifist father gave me a gift subscription to Liberation, the leftist magazine sponsored by the War Resisters League that was published from 1956-1977. My parents had divorced and I lived with my mother in the town of Imperial Beach, California, on the Pacific Ocean and the Mexican border, while my father lived in Chicago. Liberation was my father’s way of seeing to my political education from a distance. In the pages of Liberation I first read C. Wright Mills’ essay (later a book) “Listen Yankee” as well as other articles about the revolution in Cuba.

Since the 1930s, most of the international left has defined their "socialism" not as the uncompromising defense of working class self-organization and self-activity, but as the uncritical support of one or another regime that claimed to be "socialist." Whether they idealized the Soviet Union, China, Cuba, Albania, or North Korea, most socialists have placed the defense of their particular "socialist fatherland" above the needs of working people at home and abroad.

In January 2011, members of the Participatory and Democratic Socialism Movement proposed that the Cuban Communist Party adopt its "Proposals for the Advance of Socialism in Cuba." ("Socialism and the 'Citizens' Demand for Another Cuba," Pedro Campos, Havana Times, June 24, 2012)* These socialist critics of the Cuban regime offered a program of radical democratic proposals including full freedom of speech and press, freedom of association (including partie