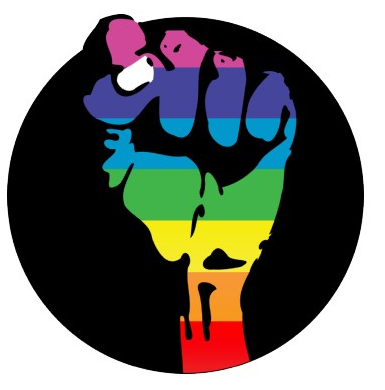 This was a deliberately targeted homophobic attack. During the attack Mateen reportedly called 911. During the call he pledged allegiance to the leader of Daesh (ISIS). However it seems that Mateen did not plan this attack as part of the network of an organisation like Daesh. No communication between Daesh and Mateen has been found, but clearly the ideas and actions of Daesh had an influence on Mateen. Mateen′s father has released a statement in which he said the attack had ″nothing to do with religion″.

He also said his son had seen two men kissing a few months ago and been angered by it. In a later interview with TV broadcaster NBC he downplayed the influence he thought this had on Mateen′s motivation but said of the incident “they were kissing each other and touching each other, and he [Omar Mateen] said, ‘Look at that. In front of my son, they are doing that.’″

Manteen’s homophobia does not come from nowhere. Mateen was not born homophobic. Mateen′s father has posted a video online in which he argues that his son′s actions were wrong. But he also seems to suggest that it is for God to punish gay people. Speaking in Dari he uses the word “hamjensbazi” for gay people, which Dari speakers say is used in a derogatory way.

Religious ideology is still a deep well-spring of homophobia around the world We can and should not ignore that. Not all religious people are homophobic and of course still less are predisposed to be violent towards LGBT+ people. But recognising that religion plays a significant role in oppressing people is crucial here.

Daesh is currently murdering our LGBT+ brothers and sisters in Syria and Iraq. In August 2015 six people were stabbed, one fatally, in an attack by an ultra-orthodox Jewish man on a Pride march in Jerusalem. The Iranian state systematically oppresses and murders LGBT+ people — recently a gay mullah who had been secretly conducting gay weddings fled Iran in fear of his life.

The Christian far-right in the US have put forward more than 200 anti-gay laws and propositions in the last six months alone. This growing climate of homophobia in the US, particularly through the vile transphobic ″bathroom laws″ put through by the populist right, could have very easily have led to this sort of attack by a Christian fundamentalist. Indeed Florida Senator, and former runner in the Republican presidential nominee race, Marco Rubio, has repeatedly opposed gay equality, including wanting to repeal same-sex marriage and protection against discrimination for LGBT+ employees.

It has been suggested by some regular customers of Pulse that Mateen had visited the venue a lot and may have been struggling with his own sexuality. This is a possibility. We may never know. But the main issues would remain the same. Many people internalise homophobia from their surroundings and use it against themselves. Many closeted gay people can be homophobic.

Much could be said about gun control in the US — it is despicable that it is still in the state it is. People will continue to die if it stays that way. It is a sad fact that the state of politics is such that an anti-Muslim racist backlash in the US and elsewhere is also likely. We should oppose this without reducing one bit our opposition to Islamist movements who have anti-LGBT+, anti-woman, and anti-working class ideas and will act on them. The primary victims of Islamism across the world are Muslim-background LGBT+ people, women, secularists, and socialists.

We must not forget those who have been fighting for, and dying for, secularism and against religious bigotry across the world for decades. At the same time there have been attempts to downplay the homophobic motivation of this attack. Owen Jones was right to be angry at the attempt to sideline homophobia when he appeared on Sky News. It would suit right-wing politicians if they were able to portray this as a generalised attack on ″western values″ and ″western people″, and take the focus off homophobia, because they themselves perpetuate homophobia! This is a reminder that the battle is not over on LGBT+ rights. Homophobia still exists, and the perpetrators discriminate, shame, hurt and murder people around the world every day. We will not be silenced. The struggle continues.