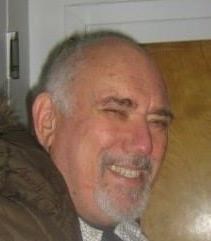 Calling  him as a giant is partly tongue-in-cheek: Mike stood over six feet tall, and it comes as little surprise to learn he played basketball in his younger days. But more to the point, he had a big heart and an outsized personality — one unapologetically rough around the edges, often bouncing from genial to gruff and back again in the course of a single conversation.

The list is not exhaustive. In recent years, Mike was also a member of the socialist organizations Solidarity and Tempest — and his comrades from the editorial board of New Politics recall with gratitude how he continued to write and edit articles for the journal even while in treatment for cancer, among other medical issues.

Mike was a prolific labor journalist and radical commentator. His first article for New Politics appeared in the Spring 1970 issue, and an archive of his NP articles from 2014-’21 is available here. The website for Jacobin magazine also carries a number of his pieces.

The Marxist literary historian Alan Wald offered a judicious assessment of Mike in a comment left on the obituary posting mentioned earlier:

“Michael set a high bar for socialist activists of our generation. With a rugged but magnetic aura, he was versatile in his interests, thoughtful in his commitments, and characterized overall by a determined resilience. Like many of us, he could be contentious, but more often an avatar of reason and calm. In conversation and writing I mostly found him compelling and lucid, with a level of fairness and objectivity that is needed more than ever in our challenging times.”

Mike’s many friends, comrades, and collaborators can only extend our deepest sympathy to his wife Lee and the rest of their family.