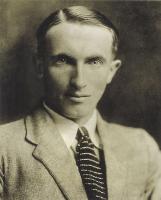 O’Flaherty’s travels took him around the Mediterranean, South America, Canada and North America. O’Flaherty had long held left wing values but, during these travelling years his left wing ideals swelled and he brought such political convictions back home to Ireland with him in Christmas 1921. He became involved in left wing politics in Dublin city and became a fixture on O’Connell street where from a small news stand he gave out political pamphlets and sold The Workers Republic newspaper. It wasn’t long before he gave up that role in order to lead a small working class revolt just a few yards up the street in the Rotunda hall.

On Monday January 16, 1922, the Provisional Government of the Irish Free State was announced and two days later approximately 200 unemployed men, made up mostly of unemployed dock workers, marched into the Rotunda Concert Hall and Pillar room which is now the Gate Theatre and occupied it. O’Flaherty was at the head of this band as the chairman of the Council of Unemployed in Dublin and ordered garrisons to be divided into companies and red flags to be hung out the windows.

This act of defiance by O’Flaherty and his army of unemployed happened during a time when Ireland was adjusting to the outcome of the War of Independence. It was a time when society across Ireland was slowly falling into a state of anarchy. Workers strikes no longer had any impact because the social atmosphere in Ireland at the time demanded something more and this is why ordinary strikes transformed into workers flying the red flag and taking over their place of employment through occupations. O’Flaherty admired workers like those in Limerick and Cork who took over workplaces to set up their own soviets and he sought something similar with his occupation of the Rotunda concert hall.

The Rotunda was a significant point to make a social stand due to its historical link with the era of revolution. It was at the Rotunda where Sinn Fein was founded in 1905 and it was also the location of the formation of the Irish Volunteers in 1913 who would then transform into the Irish Republican Army, and O’Flaherty saw it as a place to establish what he envisioned to be a workers republic.

O’Flaherty spoke to journalists outside, informing them that if he and his men were apprehended, that they would not recognise a court that was run by a government that does not recognise the unemployed.

Unemployment in the aftermath of World War I was rife in towns and cities such as Dublin, and for the majority of soldiers returning home from the front, the prospect of employment seemed far off as Irish society was experiencing change amidst political upheaval.

The occupation of the Rotunda by the unemployed men was not a half hearted affair. A maintenance fund was set up to ensure the occupation could last, while food provisions were organised from Boland’s bakery on Capel Street. Morale was also kept high through lectures, talks and concerts while daily marches and drills kept a military style of discipline within the garrison.

While a workers republic was on the minds of those inside the Rotunda, outside on the street the mood for left wing politics was not as clean cut.

A nightly mob would gather outside the Rotunda where attempts were made to remove the red flags flying from the widows. To disperse the angry mob outside, shots were fired over their heads from the occupiers inside the concert hall.

At one stage the mob tried to storm the Rotunda but O’Flaherty’s unemployed protesters managed to push them back out.

The occupation which began that Wednesday came to an end four days later at midnight Saturday when O’Flaherty and his band of men left without any incident.

The growing resentment from those gathered on the street outside the Rotunda pushed the authorities into giving O’Flaherty an ultimatum, either he and his men leave immediately or they would forcefully remove them.

To avoid any bloodshed O’Flaherty agreed to end the occupation of the Rotunda. With his revolver in his pocket he managed to slip away from the authorities and fled to Cork where he hid out.

Some six months after O’Flaherty’s occupation of the Rotunda Hall, the mood across the land was drastically changing and social disorder spilled over into all out civil war when pro-treaty forces and IRA anti-treaty forces clashed. This of course enticed O’Flaherty out of hiding in Cork and he travelled back to Dublin to fight alongside the anti-treaty side.

O’Flaherty wasn’t long in Dublin before he took flight again. He took a ship to Liverpool where his political activism ended and his literary career began.

In 1925 The Informer was published and 10 years later adapted for the big screen by John Ford, while other notable works O’Flaherty wrote shortly after leaving Ireland include Famine in 1937 and a number of short stories such as The Sniper.

The four day Rotunda occupation led by Liam O’Flaherty and some 200 unemployed men has now been submerged into the bigger historical picture of that time, while O’Flaherty’s political involvement during that turbulent era has been trumped by his literary success.