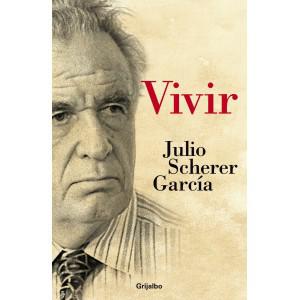 Julio Scherer, who worked as a journalist for 70 years, will be most remembered for founding Proceso, the weekly news magazine that transformed Mexican journalism and helped to contributed to the ongoing struggle for democracy in Mexico.

How does one explain Proceso to American readers? Well, imagine that Newsweek was edited by leftists, but published in a country where only a small percentage of the population could afford to subscribe to a magazine. Or imagine that The Nation published investigative journalism more like that found in Rolling Stone and was snapped up at newsstands throughout the country by leftist intellectuals, government officials, and politicians of all stripes. Or, imagine…. Well, in truth, we have nothing quite like it.

Mexican journalism is different. After the Mexican Revolution of 1910 and the founding of the modern Mexican state in 1929, and well into the 1960s, Mexico’s Institutional Revolutionary Party (PRI) controlled the newspapers and then radio and television. Most publications depended at least in part upon government advertising to supplement commercial advertising because there was little income from subscriptions in a country where most people were too poor to subscribe to or buy a weekly magazine or even a daily newspaper.

The PRI secretly subsidized newspapers, paid off editors, bought reporters, suppressed publications that criticized the government and politicians. If a reporter got out of line, the PRI would pressure the publication’s owners to fire him. Publishers and editors learned to self-censor, avoided controversial topics, accepted official explanations, and never criticized the PRI. Later, as radio and television developed, the PRI applied the same sorts of controls over those media. Journalism became a profession in Mexico nearly as corrupt as law and the police, politics and the priesthood, or commerce and industry.

Julio Scherer can be credited with having worked to change all of that. Scherer was born on April 7, 1926 to Pablo Scherer the well-off son of German immigrants and to Paz García Gómez, descendant of a family of lawyers. Scherer went off to study philosophy and law at the National Autonomous University of Mexico, but then suddenly decided to drop his studies and go to work at Excelsior in the lowly post of copy boy. Copy boys in Mexico, young, skinny, and hungry were always called hueso—bone.

Soon he became a reporter and fell in love with the profession of journalism. As he wrote in his autobiography Vivir:

“I lived my years as a reporter for Excelsior in harmony with the typewriter. Very young I met the revolt of Guatemala, and saw the White House deploy its power (…). In the early adventures as a journalist, I was eager to look and to feel before thinking. I decided to make face the cold and in the company of a millionaire friend, Agustin Torres Eagle, traveled to Russia in the winter of 1959, the temperature ten degrees below zero. I wanted to interview Premier Khrushchev, but didn’t get past the last usher. It was the time when Stalin remained sculpted to the borders of the Tartar empire.

A rising reporter then by 1968 the editor of Excelsior, Scherer found himself being criticized and threatened by the PRI. One occasion, as he writes,

“In my first meeting with [Mexican President Gustavo] Díaz Ordaz, I received the blow of an extreme accusation: that in his judgment I was a traitor to Mexico. After that I would never return in peace to [the Excelsior offices] at Reforma 18. A systematic campaign sought to discredit the newspaper. We got used to hearing ‘Excelsior lies,’ which became a ritual of the addicts of power.”

Díaz Ordaz, it should be remembered, was the president who sent the police to murder hundreds of pro-democracy student demonstrators at Tlaltelolco during the Olympic Games of 1968.

Scherer’s last big assignment before leaving Excelsior was covering the Prague Spring of 1968 and when he returned to Mexico he found the same sort of democratic upheaval taking place there. Stepping out on the balcony of Excelsior at Reform 18 as the students marched past he heard them shout angrily, “Sell-out newspapers!” But, writes Scherer in his memoir, “I watched and I listened.”

When the new president Luis Echeverria, who had been the organizer of the murder of the student protestors, became President in 1970, he decided to do away with Excelsior. Excelsior was a democratically controlled cooperative, so the president’s agents used threats and the blandishments of power to get the coop to remove Scherer from his position. Scherer and his supporters organized a street-meeting protest, but his career at Mexico’s most important newspaper was over. Echeverria, it would turn out, had actually done him a favor.

Scherer went off to found his own weekly, Proceso, with a slick cover, but cheap newsprint paper inside, with large headlines, sometimes shocking news photos and clever cartoons. It soon became the indispensable publication whether one was part of la clase política that ran the country or the opposition political parties and movements that fought for democratic change.

Proceso became the magazine that for many years did the only serious investigative reporting in every significant area of Mexican political, economic, and social life. Scherer’s slogan was that journalism “would lose its meaning if it didn’t follow the dark labyrinths of power.” He and his reporters went deep into the labyrinths. They reported on police chief Arturo Durazo Moreno’s mansions, on the Mexican government’s secret army unit that was fighting guerrillas, and on the embezzlements of Raúl Salinas, brother of Mexican President Carlos Salinas de Gortari.

Scherer also interviewed heads of state John F. Kennedy, Salvador, Allende, Zhou Enlai, Fidel Castro, Augusto Pinochet, as well as Zapatista leader Subcomandante Marcos and Ismael Zamada head of the Sinaloa Cartel. Everything that a reader wanted or needed to know about what happened last week was in Proceso. And still is.

Proceso changed the way journalism was done in Mexico and contributed to the fight for democracy that continues today. Today journalism is an even more dangerous profession than it was in the old days when the PRI ran the country. The Committee to Protect Journalists reports that 32 journalists have been killed in Mexico since 1992, the motives and the technology confirmed. Wikipedia finds that more than 100 reporters have been killed or disappeared since 2000. One of these, Regina Martínez Pérez, worked for Proceso; she was killed on April 28, 2012, in Xalapa, Mexico. Today it is not the government which gets reporters fired, but drug cartels protected by the police and military who kill journalists.

In addition to editing Excelsior and Proceso, Scherer wrote 22 books. Scherer’s wife Susana Ibarra Puga died in 1988. He is survived by nine children and many grandchildren.

Posted January 15, 2015 Civil Liberties/Repression, Mexico by Dan La Botz
About Author
DAN LA BOTZ is a Brooklyn-based teacher, writer and activist. He is a co-editor of New Politics.