“Joker” and the Crisis of Capitalism 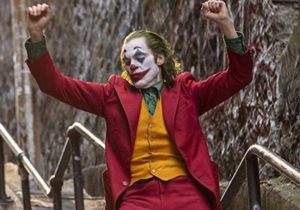 The idea of the Batman franchise being associated with expressions of popular discontent is something which has already become familiar to us, thanks to Christopher Nolan’s The Dark Knight Rises and the responses it generated, including a much-read review of the film by Slavoj Zizek.

Todd Phillips’ Joker intensifies that association by placing the emergence of the Joker within the context of the kind of social injustice and psychological breakdown being experienced by Arthur Fleck. Of course, it is a truism that the moral quality of a society is judged by the way in which it treats its outcasts and the vortex of trauma, violence, impoverishment and ridicule which Fleck suffers, almost on a daily basis, makes us aware of how rotten the society that surrounds him is.

What’s alarming is that the cinematic society is not really as fictional and distant as we would like it to be. The film cuts close to the bone precisely because all around us are umpteen examples of rudeness, meaningless violence and unabated dearth of compassion and empathy, compounded by systemic impoverishment, on the one hand, and obscene displays of wealth on the other. We can relate to resentment that continues to seethe within Arthur Fleck precisely because it is what many of us continue to feel in different degrees as we confront the corruption, the injustice, the bigotry, the cruelty which characterize our daily lives – a resentment that manifests itself through acts of mob violence, domestic abuse, addictions, jingoism and countless petty acts of everyday belligerence. But Arthur’s resentment also becomes connected to the condescension with which those who are fortunate, privileged and successful look down upon those that are not. This is why his murders on the subway, partly in self-defense, resonate with the people and the clown-assassin almost becomes a clown-vigilante.

Of course, the film makes us aware of the fact that such identification with a killer is an outcome of the deep-seated social discontent plaguing Gotham’s society, which manifests itself not just through repeated scenes of urban blight but also through references to the garbage cleaners’ strike and growing piles of literal and metaphoric filth. Hence the protests outside Wayne Enterprise and the outrage against a billionaire industrialist who wants to run for mayor because he wants to make things better for the unsuccessful and agitating “clowns.” What remains missing in all of this, however, is any reference to why the people are angry and agitated in the first place. Why are their lives in shambles? Why must they resort to looting? What is at the root of the anti-rich tirades?

The film does not try to answer such questions explicitly, even though it features various episodes from news shows and shots of newspapers which might have offered the answer. This silence, which constitutes the cinematic unconscious of the film, is unsurprising as Hollywood always finds it difficult to own up to the obvious even when it is staring it in the face. No wonder then that we have so many films depicting climatological disasters and their consequences without ever really calling out the capitalist model of development through which natural resources are exhausted and ecological orders are destroyed. The absence of an explicit answer in the film is, arguably, predicated upon the expectation of the audience’s familiarity with the articulation of the answer in Nolan’s Dark Knight Rises, when the Catwoman informs Bruce Wayne of a coming storm and the absurdity of a situation of so few continuing with so much while so many are left with so little.

This seemingly undeniable moral critique of capitalism is supplemented by a conceptualization of a political insurrection as simply the work of a criminal mastermind like Bane, accompanied by the criminals and the insane. This helps to nullify the operative force of the incipient critique and leaves room for Batman, the vigilante Billionaire superhero, to come and save the day. In Joker too, the film tries to contain the possibility of a direct critique of capitalism. First it leaves the cause of Gotham’s socio-economic crisis unspecified, and second it equates the manifestation of resentment with insane murderousness and directionless looting and arson. The film implicitly asks us if we can see ourselves as part of a mob that worships an unfortunate, unjustly persecuted but mentally unhinged serial killer, as if outrage and disgust with the status quo must eventually boil down to just that!

By leaving unspecified both the reasons for the masses’ intense outrage with the rich and direct, political challenges to an unfeeling and exploitative system; and by making the masses fashion a cult-hero out of a blatantly apolitical deranged madman, Joker repeats that same trick of denial and distortion which Dark Knight Rises had previously orchestrated. Drawing our attention to the demons within Fleck’s mind, the film leaves unsaid the demonic apparatuses of greed and destruction which are generated by the forces of capital and lead to such widespread discontent. Quite naturally therefore, the masses in the film are only seen as participating in rudderless acts of looting and arson, and even their placards are mostly filled with generalized slogans or rants directed at specific individuals. There is no inkling of either any political agenda or any specific programme of change. This nebulousness is how capitalism manages to keep itself safe so that no possibility of anti-capitalist society ever begins to crystallise, and all who have led or might lead anti-capitalist societies and movements may be represented as versions of the Joker.

Still, the laughter of the Joker doesn’t stop and the film doesn’t get the joke. The joke is that each such attempt to represent the masses or collectivized groups as diabolic and destructive only ends up affirming the very opposite that such films rigorously try to deny – the masses as the locomotives of history, the have-nots, the subalterns, the sans-culotte who have always seemed monstrous to the powers that be and yet who have surged and shattered ivory towers more than once, led not by murderous madmen but by individuals who have shared the hopes and dreams of others and have felt their pain and have tried to remake the world to ease others’ suffering.

The ‘lack’ which the film seeks to hide as both fearsome and necessary is the righteous indignation of the masses which would direct itself not against mere agents and representatives but against an entire system of inequality and subjugation. The film works on such a global scale not just because of the Batman fandom whom it lures or the artistic excellence of performers and behind-the-scenes staff – but because of the absence of that just and fair world which acts as a primary cause of desire yet remains unattainable due to the injunctions of the big Other – paralleling the mother who must die to the son in accordance with the law of the father. Anyone who gets this joke will move one step closer to wishing the end of the world-order as we know it because, as the Joker would say, it f*#*ng deserves it!

One comment on ““Joker” and the Crisis of Capitalism”