With this issue of New Politics, “Words & Pictures” marks its tenth anniversary. From the outset, NP’s editors hoped that this back-of-the-book feature could showcase the work of interesting political cartoonists, past and present, and add a touch of visual interest to the magazine. The feature was introduced just as the magazine itself was undergoing a comprehensive makeover, starting with cover art by Bob Gill and, more recently, Lisa Lyons.

Over the past decade W&P has cast its net over a wide range of graphic styles and formats, and has included book reviews, interviews, and guest essays. It has recovered the work of neglected twentieth-century cartoonists, such as Carlo and Laura Gray, and has called attention to up-and-coming cartoonists, including Greg Cook, Chris Hutchinson, Tom Kaczynski, Gary Martin, and Sharon Rudahl. Several of the featured artists—Sabrina Jones, Peter Kuper, Kevin Pyle, Nicole Schulman, and Seth Tobocman—are regular contributors to the graphic magazine World War III Illustrated. A number of those spotlighted are visual humorists—most notably Ruben Bolling, Gan Golan, and Nick Thorkelson. Other featured creators include Steve Brodner, Dan Clowes, and the legendary Harvey Pekar. While the emphasis has been on U.S.-based artists, W&P has reprinted the work of the English socialist cartoonist Tim Sanders and the radical Mexican cartoonist El Fisgón. Readers are invited to suggest the names of political artists we have thus far overlooked. 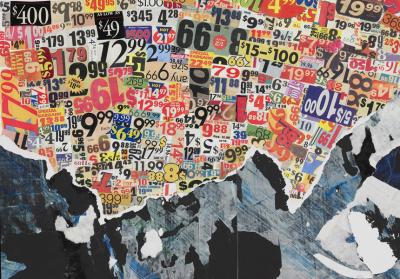 The term Words & Pictures is somewhat misleading in that the distinction between “words” and “pictures” is not always clear-cut. Words can be drawn as well as spoken, and in the process become pictures themselves. While we tend to associate the phrase with comics and cartoons, fine art is also implicated in the interaction of words and pictures. As the art historian W.J.T. Mitchell has observed, “textuality” can be found in paintings that represent texts (“like an open book in a Dutch painting”), in paintings that have words inscribed on the canvas (“as in Chinese calligraphic landscape”), in paintings that depict “an episode from a verbal narrative,” and in paintings in which words “disrupt the image,” such as in the work of Magritte. “An obvious entry to the ‘text in painting’,” writes Mitchell, “is the question of the title.” Even a painting that is labeled “Untitled” is not exactly detached from the world of language. Mitchell discusses these and related issues in Picture Theory (1995), What Do Pictures Want? (2006), and elsewhere. 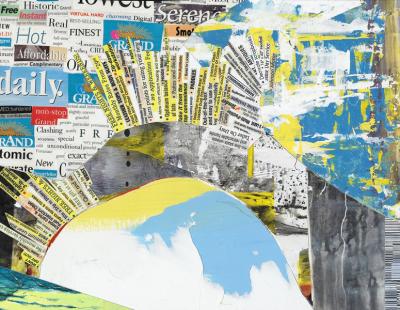 A number of fine artists are interested in the role of text in art, often from an explicitly political perspective. Some of their work closely resembles and overlaps with the kinds of leftist cartooning that has appeared in W&P. Sue Coe, for example, is an established painter whose subject matter is usually either capitalism or the exploitation of animals or both. Many of her paintings use heavily loaded terminology, such as the word “cruel” formed out of the blood of the abattoir. She is represented by a New York gallery, but often contributes illustrations to WWIII Illustrated and The Nation. She could easily fit the W&P profile. Another artist whose work blurs the boundaries of art, illustration, and politics is Raymond Pettibon, who is sometimes pegged as an anarchist or a punk or both. Jenny Holzer uses large-screen displays, massive projected images, and other unconventional media as conduits for outbursts of text. Barbara Kruger satirizes consumerism and the patriarchy by way of collage, sarcasm, and photography. “I work with pictures and words,” she says, “because they have the ability to determine who we are and who we aren’t.” Christopher Wool paints oversized stenciled letters on stark canvases that highlight the fierce power of language; Mel Bochner generates exquisitely colored paintings and monotypes that only slightly muffle the underlying anger of the wordplay. The contemporary art world is in fact full of people who combine words and pictures in provocative, self-consciously political ways. 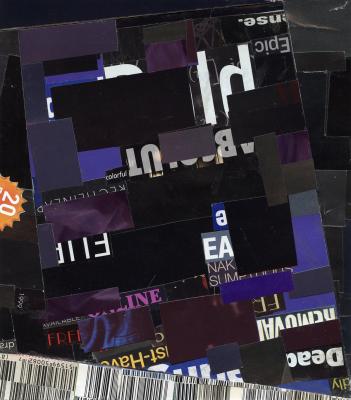 The emerging artist Amy Pryor makes collages and paintings that are relentlessly political without being obvious or didactic about it. Her inclusion here reminds us that the W&P mandate is sufficiently elastic to encompass artists whose imagery does not normally show up in magazines or newspapers. Her work joins an interest in landscape and geometric abstraction with the recognition that the language of advertising and commerce is all around us. Many of her pieces thus resemble maps that have been colonized by bar codes, starbursts, prices, and/or adjectives. They present us with a world that has been scarred and disfigured by the logic of commodification. W&P is about political art even if it typically emphasizes editorial cartooning, comic strips, comic books, and graphic novels. Pryor’s paintings and collages remind us that fine artists can share the formal and social concerns that motivate the kinds of cartoonists who show up in the back pages of New Politics. 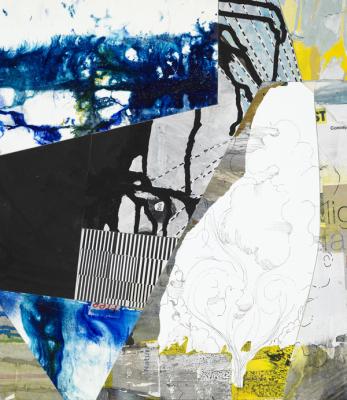 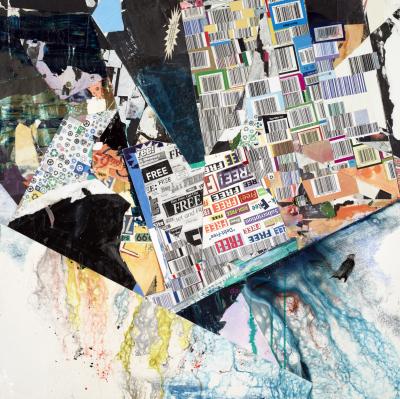 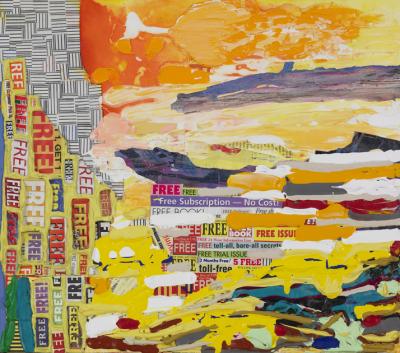 
Kent Worcester is the author or coeditor of seven books, including C.L.R. James: A Political Biography (1996), and, more recently, A Comics Studies Reader (2009)and The Superhero Reader (2013).