The World in Crisis

The world is in crisis.

New Politics is pleased to publish a set of articles that offer insights into some of the world’s major conflicts. 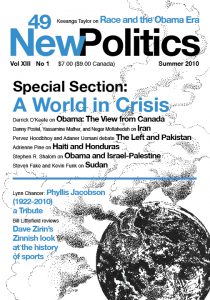 From the Editors
Letters

An exchange on M. Mandell’s review of Wayne Price’s The Abolition of the State: Bennett Muraskin, Jason Schulman, and Marvin Mandell

An exchange on Alan Aja’s review of Jacques E. Levy’s Cesar Chavez and Randy Shaw’s Beyond the Fields: . . .