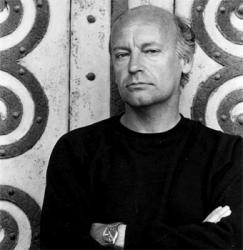 Eduardo Galeano, the world-renowned leftist Uruguayan journalist and writer made famous with the publication in 1971 of his book The Open Veins of Latin America: Five Centuries of the Pillage of a Continent, died today at the age of 74 in Montevideo, Uruguay, where he lived. Long admired as a journalist, with his three-volume Memory of Fire in 1982, Galeano also became known as a writer of non-fiction prose who might be compared to writers of fiction such as Gabriel García Márquez, author of the novel One Hundred Years of Solitude or Isabel Allende who wrote House of the Spirits. Like their novels, his trilogy captures the real spirit of Latin America’s magical history.

Born Eduardo Germán María Hughes Galeano in Montevideo on September 3, 1940, Galeano began his career as a journalist in the early 1960s working as a correspondent for Sol and then as an editor for Marcha, which published such writers as Mario Vargas Llosa and Mario Benedetti. When a rightwing military coup took power in Uruguay in 1973, Galeano was jailed and subsequently went into exile, first in Argentina, where he edited Crisis, and then in Spain where he wrote his trilogy Memory of Fire (Genesis, Faces and Masks, and Century of the Wind). Memory of Fire mixed history and journalism in vignettes and biographical sketches written in a creative prose style that reminded American readers of John Dos Passos’ 1930s classic U.SA. triology (The 42nd Parallel, 1919, and The Big Money). 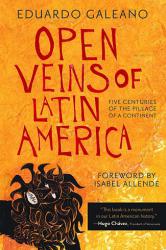 Open Veins of Latin America was a detailed, systematic, and sustained attack on European and U.S. imperialism in Latin America over five centuries, showing how first Spanish conquistadores, then English bankers and merchants, and finally U.S. corporations had dominated Latin America’s economy and pillaged the country’s natural resources while exploiting its enforced cheap labor. The book became a classic of the Latin American left and of the left around the world. In a famous gesture, Venezuelan President Hugo Chávez gave a copy of Open Veins to U.S. President Barack Obama at the opening of the Fifth Summit of the Americas held in Port of Spain, Trinidad and Tabago, in April of 2009.

In 1985 Galeano returned from exile to Uruguay, establishing himself in the capital, Montevideo.

Galeano created a stir in March of last year with his comment made at a book fair in Brazil where he was being honored on the occasion of the forty-third anniversary of the publication of Open Veins. Asked what he thought of his book today, he said, “I wouldn’t be capable of reading this book again; I’d keel over. For me, this prose of the traditional left is extremely leaden, and my physique can’t tolerate it.” Conservatives pounced on his remark as a repudiation of his leftist politics, when in reality it was the judgement of a mature author looking back at a book written in his youth in an altogether different period.

Galeano remained a leftist until his death. He supported the campaign of Tabaré Vázquez and the leftist Broad Front in the 2004 election and in 2005 he became a member of the board of TeleSur, the pan-American television network based in Caracas, Venezuela. For fifty years, Galeano’s voice spoke truth to power and inspired the oppressed.

Posted April 13, 2015 Intellectual History, Latin America by Dan La Botz
About Author
DAN LA BOTZ is a Brooklyn-based teacher, writer and activist. He is a co-editor of New Politics.