A distinctive strain within the New Left, both passionate and reasoned
By: Jesse LemischMay 17, 2014

Steve Kindred, my friend, brilliant Students for a Democratic Society (SDS) leader, organizer with Teamsters for a Democratic Union, activist in the struggle to keep the Stella d’Oro plant in the Bronx open, campaigner against a lockout of workers by Sotheby’s auction house—all this, and a thousand other causes. Steve is, for lack of a better word, “gone,” in a New York hospital, suffering from abdominal cancer, which has spread. Having been close to Steve and having admired and loved him now for 50 years, I am very sad.

Eminent doctor takes a small and belated peek at how his own privilege saved his life as a patient at Mass General
By: Jesse LemischApril 19, 2014

The February 6 issue of The New York Review of Books carried Dr. Arnold Relman’s account of his own hospitalization at Massachusetts General Hospital (and elsewhere) under the title “On Breaking One’s Neck.” In a subsequent article, I said that the appearance of Dr. Arnold Relman as a patient at Massachusetts General Hospital, accompanied by his wife, Dr.

Online Free Availability of Lemisch's, On Active Service In War and Peace: Politics and Ideology in the American Historical Profession (1969, 1975)
By: Jesse LemischMarch 26, 2014

How A Famous 90-Year-Old Doctor Survived Hospitalization, But You Probably Won’t 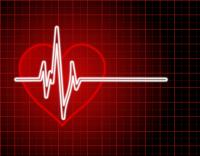 Enclosed in and insulated by their own structures of thought, many doctors are quite blind to the role of privilege, including their own, in getting or not getting medical care and in determining the quality of that care. If they acknowledge some flaw (or even ignorance or barbarity) in individual health care, they see it as non-systemic, simply a matter of a bad apple in an otherwise benign barrel. They may maintain this obtuseness even when they themselves become patients.

The March 25 issue of The New Republic offers a lengthy piece by Rutgers professor David Greenberg, “Agit-Prof: Howard Zinn’s Influential Mutilations of American History.” The essay presented as a review of Martin Duberman’s Howard Zinn: A Life on the Left (2012) [read the review by Ron Briley, the book editor of History News Network (HNN), hereRead more ›

A WPA for History: Occupy the American Historical Association

[Partly in response to my calls to the American Historical Association to deal with the jobs crisis in the field, AHA President Tony Grafton organized on short notice a special session at the 126th Annual Meeting of the organization in Chicago on January 6, 2012. The session, entitled "Jobs for Historians: Approaching the Crisis from the Demand Side," was well-attended, with about 250 people in the Sheraton Chicago’s Ballroom VI. Grafton chaired, and I was one of four speakers.

As part of his program to deal with America's economic catastrophe, economist Robert Reich has proposed a revival of the New Deal's Works Progress Administration and Civilian Conservation Corps.

[Reprinted from the History News Network.]

Obama in Hyde Park: “Black and White Together, Against the Lower Classes”

“Black and white together, against the lower classes”—Nichols and May routine about Hyde Park (Chicago), late 1950s

New York City plans to have even more inaccessible taxis

A note on "Mean Bastards": This short piece, posted after the death of George Steinbrenner, has received a kind of confirmation in Ellen DeGeneres walking out on her five year contract worth tens of millions with "American Idol." I had criticized Simon Cowell (a former AI judge) along with Steinbrenner, Trump, etc.

I admire Claudia Dreifus’s interviews with scientists in the New York Times Tuesday Science section, and particularly her attention to women in science, and I know of her honorable history in the left and feminism. So I befriended her on Facebook. There she publicized her book, with Andrew Hacker, Higher Education? How Colleges are Wasting Our Money and Failing our Kids – and What we Can Do About It, to be published by Times Books/Henry Holt on August 3.

All day long, and on into a second day, here in New York, the media have been full of George Steinbrenner. He’s always been a Mean Bastard — even in the Seinfeld version — and that’s how he is memorialized: a Mean Bastard and a Winner. Sometimes he’s represented as a Mean-Bastard-with-a Heart-of-Gold-who-Gave-Money-to-Good-Causes. It would seem paradoxical to be deep in grief over a man universally acknowledged to be a Mean Bastard.

Why Should the Left Trust the Government?

In 1960, as a graduate student in history, I decided to pick up some work as a census-taker on the Upper West Side of Manhattan. At the training session (at the Henry George School), the instructor said, "you're paid by the head, and [smirk], nobody's going to make any trouble if you find a couple of two-headed people." (At that time I was still a Good Boy, and didn't find any such.)

The Last Truck: Closing of a GM Plant

On the evening of September 7 (Labor Day) HBO broadcast "The Last Truck:Closing of a GM Plant [in Ohio]", a documentary by Julia Reichert and Steven Bognar. The film interviews workers about their years at the plant, and counts down to the last day and the last truck, I found it powerful, both emotionally and aesthetically. Immediately afterwards. I wrote to H-Labor, the labor historians discussion list: “Shown this evening … on HBO. Let's hope it stays around in one form or another. Powerful, poignant, sad beyond belief, brilliantly done.

Harvard Beats Yale, 29-29 (2008), directed by Kevin Rafferty, a thrilling football movie showing Harvard’s astonishing come-from-behind “victory” – the title is the Harvard Crimson’s — in the last 42 seconds of the 1968 Yale-Harvard game. Rafferty is a brilliant documentarian, known for his earlier Atomic Café. In some ways, Harvard Beats Yale is continuous with the themes of the earlier film. Harvard’s largely working-class (and mostly anti-Vietnam War) team is up against the aristocracy and arrogance of Yale and its fans..

Question & Answer on the Iran Crisis