END_OF_DOCUMENT_TOKEN_TO_BE_REPLACED

Trump’s “Withdrawal” — What Next? 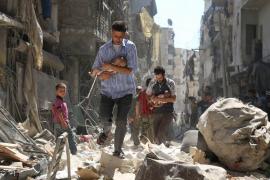 Militarist hawks and liberal pundits alike are up in arms (figuratively speaking, of course) over Donald Trump’s “victory” proclamation and announcement of U.S. troops’ withdrawal from Syria. Howls of Republican outrage may signal a further deterioration of the big twit’s shrinking political support on the home front. The Trump gang’s crisis of legitimacy deepens by the day. But what does it actually mean for the cascading disasters in the Middle East? 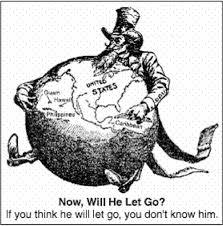 [The following article was written as a contribution to Solidarity’s pre-convention discussion.]

“President Trump has accomplished an extraordinary amount in a short time. With shocking speed, he has wreaked havoc: hobbling our core alliances, jettisoning American values and abdicating United States leadership of the world. That’s a whole lot of winning — for Russia and China.”

Those are the lamentations of Barack Obama’s national security advisor and ambassador to the United Nations, Susan E. Rice (New York Times, Saturday, June 3, 2017, “To Be Great, America Must Be Good.”)

Sometime in the late 1980s, as Against the Current was doing some cross-promotion with the European socialist magazine International Viewpoint, I was glancing through the list of U.S. subscribers to IV when a name jumped put at me: Connie Crothers.

This was interesting, because I had a wonderful duet recording “Swish” (1982) by jazz pianist Connie Crothers with the percussion giant Max Roach. (This was the inaugural recording of Connie’s New Artists label – an impressive debut!) I immediately wrote to Connie – this was back in the Middle Bronze Age, before we did everything by email – and soon heard back.  Indeed, she was the same Connie Crothers and delighted to hear from ATC.

Brazil’s Dance with the Devil: The World Cup, the Olympics, and the Fight for Democracy. By Dave Zirin. Updated Olympics edition. Haymarket Books, 2016. 238pp. + notes and index. $17.95 paperback.

I celebrated with great relief back on October 2, 2009, when my hometown Chicago was the first city eliminated by the International Olympic Committee from consideration for hosting the 2016 games. The scale of the pillage, cronyism and social cleansing that “Mayor One Percent” Rahm Emanuel would have inflicted in the name of preparing for the party was horrible to contemplate. And I wasn’t wrong, as reporter David Haugh has shown in his piece of bidder‘s remorse, “In retrospect, losing 2016 Olympics to Rio a big victory for Chicago” (http://www.chicagotribune.com/sports/columnists/ct-haugh-olympics-spt-0803-20160802-column.html).

The Iran Deal: Up, Down or Sideways?

(NOTE: For some background, see my previous article: www.solidarity-us.org/node/4058 in Against the Current, January-February 2014.)

AUGUST 19 — Even while the rhetoric around the P5+1 nuclear deal with Iran seems to be reaching reactor-grade “critical” level, signs are emerging that the fix just may be quietly in.

The Massacre at Charlie Hebdo

The mass murder at Charlie Hebdo in Paris is the leading news story in the world, and is universally condemned – rightfully so. In the left’s condemnation of this brutal massacre of journalists and cartoonists for expressing opinions in satirical form, we need to express our dissent from some of what’s being preached under the foggy cover of “je suis Charlie” (I am Charlie).

The Trials of Rasmea Odeh

Rasmea Odeh, a 67-year-old Palestinian-American, associate director of the Arab American Action Network and organizer of the acclaimed Arab Women’s Committee in Chicago, was convicted in Detroit on November 10 of “unlawful procurement of naturalization” at the time she became a U.S. citizen in 2004.

Her imprisonment immediately afterward has been the most shocking part of the case, as explained below.

JULY 21, 2014 — Since the writing of my effort to analyze the Obama foreign policy (“Droning On, Fracking the Planet,” New Politics Summer 2014), a confluence of events – in various ways, all blowback from ravages of U.S policies past and present – combined to transform much of world politics in nasty and dangerous directions, with huge tolls in destruction and human misery. To review very briefly:

Droning On, Fracking the Planet

The moral collapse of the Obama administration on so many fronts—Guantanamo, Palestine, drone warfare atrocities, mass electronic surveillance and brutal prosecution of whistleblowers, presidential-ordered assassinations, and so much more—has rightly drawn shock and outrage from the peace and global justice movements. Indeed, this presidency has been a civil and human rights travesty both domestically and globally. Alongside our horror, however, must be a clear material and political assessment of the underlying strategic purpose of this administration.

In Tribute to Phyllis Jacobson

Julie and Phyllis Jacobson launched New Politics in the early 1960s, when they saw the absence of a voice for authentic left-socialist thought following the demise of the Independent Socialist current of the previous period. Ironically, although it was a time of reborn activism for civil rights, peace and what we now call “global justice,” the movement for a socialist politics fiercely independent of Washington, Moscow and Beijing had not organizationally survived to see it.

There’s a glimmer – a very faint glimmer – of hope arising from recent developments in Palestine. I’m referring to the statement by Mahmoud Abbas (Abu Mazen) that he will not seek re-election as “president” of the Palestinian Authority (PA), in essence a statement of resignation. If Abu Mazen stands by his resignation, it will deliver a much-needed kick in the teeth to the Obama administration.

It seems doubly ironic that the Nobel Peace Prize Committee has given its 2009 award to Barack Obama — just a few months after Arizona State University declined to award him the customary, symbolic honorary degree as its commencement speaker. The ASU decision, on the grounds that president Obama “had not yet accomplished enough,” was fully understandable in view of the reputation which that esteemed University is committed to uphold. You don’t command a degree from ASU on academic credentials alone, or just from a decade of teaching at elite law schools.