Martin Comack is the author of Workers’ Councils in Revolutionary Berlin, 1918-21 (Rowman & Littlefield, 2012).

The Pull of Communist Culture 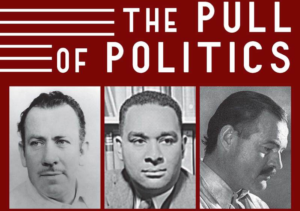 Martin Comack reviews, The Pull of Politics: Steinbeck, Wright, Hemingway, and the Left in the Late 1930s—Milton Cohen’s account of how the CPUSA attempted to establish relationships with three major American writers.

Response to Review of Wild Socialism

I would like to comment on the Leninist critique of my book Wild Socialism: Workers Councils in Revolutionary Berlin, 1918-21 by Dan La Botz on your website. His review contains several errors and misinterpretations.