An Election Challenge: Time for Change at NewsGuild? 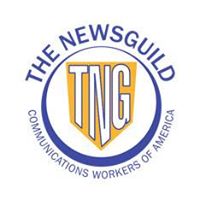 The 21,000-member NewsGuild, an affiliate of the Communications Workers of America (CWA), is a rarity in organized labor. It’s one of the few national unions that lets all members vote for its top officers, instead of choosing them at a convention limited to local union delegates.

Unfortunately, this democratic union, which has recently experienced major growth, may be dimming its luster among journalists in newly organized workplaces by excluding some from a leadership vote that begins this week.

The good news is that 3,000 staff members of sixty publications or “new media” outlets have won the right to negotiate with management in the last four years.The bad news is that two-thirds of them are still engaged in protracted struggles for a first contract, at papers like the Los Angeles Times.

Following standard U.S. union procedure, the Guild does not ask newly organized workers to start paying dues until such negotiations are concluded and a first contract has been ratified.

In the meantime, if they’ve signed Guild membership cards, they can help choose local bargaining committee members and vote to approve (or reject) any contract settlement.

But, if they haven’t paid dues money to the Guild yet, they are not considered “members in good standing.” So, if an election for national union leaders is underway, they have no say about who will direct Guild organizing and bargaining for the next four years.

The contested status of new Guild activists has given rise to an unusual leadership challenge, mounted by one of their own. Jon Schleuss, a 31-year old reporter at the Los Angeles Times, who helped lead a successful organizing drive there, is running for Guild president against  61-year old Bernie Lunzer. The latter has been a full-time union official, at the local or national level, since the year his opponent was born. He has been re-elected president twice without opposition.

For some Guild members, Lunzer’s three-decades of experience vs Schleuss’s three-years of union involvement makes the choice between the two a no-brainer. Guild Executive Vice-President Marian Needham, already re-elected by acclamation, warns about putting “this organization in the hands of a person who has never been a local president, never been to a [Guild] conference as a delegate, never served as a pension trustee, or as a steward, for that matter, in a shop with a contract” and “never had a day’s experience working as a union representative.”

The incumbent’s campaign website—Buildingtheguild.org—stresses his involvement in past bargaining fights like the Detroit newspaper strike in the mid-1990s. As Guild president since 2008, Lunzer has “participated in multiple contract negotiations throughout the U.S. and helped locals in Canada and Puerto Rico on major issues.”

At his own expense and assisted by small donations from fellow Guild members, Schleuss is visiting newsrooms and participating in candidate debates across the country, where he makes the case for generational change. At a March 12 campaign stop at the Minneapolis Star Tribune, where his opponent once worked, he spoke to about 60 day and night shift workers.

He described his background as a campus activist and then fledgling daily newspaper reporter and local NPR show host in Arkansas. In 2013, he became an award-winning data and graphics reporter at the Los Angeles Times, a non-union bastion for 135 years. He played a key leadership role in organizing 460 LA Times coworkers, a breakthrough which inspired Guild campaigns among media workers elsewhere. While serving on his own local bargaining committee, Schleuss has taught journalism at the University of Southern California. He urged Minneapolis NewsGuild members to check out details of his platform at https://www.jonforpresident.com/.

“The reaction to Jon at our paper was extremely positive,” says Randy Furst, a veteran reporter, Guild member for 46 years and past union vice-chair of the Star-Tribune. “Schleuss is a breath of fresh air. He’s committed to mobilizing members and organizing new media sectors. He is exactly the type of person we need to lead our union at this critical moment when newspapers and other news organizations are under attack.”

According to Furst, workers in his 200-person bargaining unit have an election complaint of their own. Unlike many Guild dues payers, who will be voting by mail during a six-week period, Star Tribune staff will be allotted only one hour to cast their ballots, at work, on a single day. With no absentee voting permitted, Furst fears that turn-out will be greatly reduced. Since Schleuss’s visit, fired up Minneapolis Guild members have been circulating a petition demanding that voting opportunities be expanded, either through mail balloting, scheduling more time for walk-in voting, or making absentee ballots available.

On the issue of recently organized workers not being able to vote, Guild President Lunzer agrees that “we need a dialogue going forward on this issue” because “we’ve not been in this situation before.” He expresses confidence that the union can “devise a solution that would be approved by the membership” and “that would involve earlier payment of dues than expected in new units.” Becoming a member in good standing—prior to or without being covered by a Guild contract—“could be an individual’s decision.”

In the meantime, the deadline for becoming an eligible voter in the current election was last December. So even reporters in several units that have ratified first contracts since then will be disenfranchised, a situation which Norfolk, VA. Guild member Brock Vergakis finds exasperating. “There’s lots of room for improvement [in the Guild] and it starts with making it easier for more people to participate,” he told PayDay Report.

Unlike most unions, the Guild does provide space on its web-site for campaign statements from both candidates for national president. But, according to leaders of seven newly-formed Guild units—who call themselves “Journalists for a Democratic Union”—information about the Guild’s nominating convention in January only became available a few weeks before the meeting. When some new activists attended, they were seated as “guests,” not delegates. When Schleuss was nominated for president by duly credentialed delegates from three large locals, he was given two minutes to appeal for broader support.

The challenger from Los Angeles, who can’t even vote for himself, favors “reforming the Guild’s constitution to increase democracy and transparency in our union.” According to Schleuss, “every member in good standing should be encouraged to vote in our elections, and we should make casting a ballot as simple and secure as possible.”

It’s likely that many Guild loyalists—if they are eligible to vote—will be casting their ballots based on how they think the union is faring against powerful employers in a rapidly changing industry. Nolan Rosenkrans, president of the Toledo NewsGuild, favors Lunzer because of his past help battling “an ownership group that views its employees with contempt.” As Rosenkrans notes, “leading an international union is not easy. Each local has its own priorities, its own concerns, its own fights. Not only does Bernie care about each fight at each local, he knows how to unite those locals.”

A Schleuss supporter in another local, who chose not to be identified, blamed Guild headquarters for being stuck, for too long, in a “defensive posture,” when dealing with a “corporate onslaught” of job cuts and contract concessions at traditional newspapers. According to this organizer, the union was “unprepared and ill- equipped” to recruit workers in “new media” jobs. He/she hopes that a leadership change, reflecting the union’s grassroots organizing surge, will help shake up the culture and functioning of the Guild.

That kind of shake-up in other unions, like the American Federation of Teachers, hasn’t been the product of electing just one new leader. In Chicago and Los Angeles, AFT affiliates became more militant and democratic—and able to conduct successful city-wide contract struggles—only after years of work by a well-organized reform caucus and/or a full slate of new officers.

Among Schleuss’s many disadvantages, in the Guild, is his last-minute entry into the race, without any running mates for two other top positions. (Lunzer is aligned with an “administration team” that includes two female Guild leaders.) If the “Journalists for a Democratic Union” supporting Schleuss evolve into a stronger, more broad-based network within the Guild as a result of his campaign, the organizational changes they seek will become far more achievable, whether their candidate wins or loses this time around.

Posted March 18, 2019 Labor, Media, United States by Jason Schulman
About Author
Steve Early is a journalist and author who belongs to the Freelancers’ Unit of the Pacific Media Workers Guild. As a longtime national staff member of the Communications Workers of America, he was involved in the original merger between CWA and The Newspaper Guild. He is a supporter of Jon Schleuss’s campaign for NewsGuild president. He can be reached at Lsupport@aol.com.