Alex Pareene: Pundit of the Century 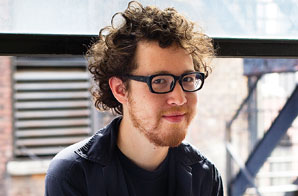 Alex Pareene, first of Wonkette, then Gawker, then Salon, then back to Gawker, then a stillborn First Run Media project, and now Splinter News is a great pundit.

In fact, he is a brilliant pundit and criminally underrated. His talent is generally overlooked because he has by-and-large written for outlets derided by both the right and the center. Conservatives have treated Salon as a punching bag for years now, and Gawker—no matter how biting or insightful it got—was never treated as serious by the mainstream because of their willingness to sneer, and even cuss at, the powers that be. If instead Mr. Pareene had been blogging at Mother Jones or Slate for the last ten years, he would be delivering college commencement speeches by now. In an attempt to make the world better appreciate this elucidating polemicist, here are some of his best hits.

Mr. Pareene first got noticed, rightfully, for his “Hack List” feature when he was still with Salon. Therein, he took mainstream pundits both “left” and right to task for, well, being idiots. What is impressive about the list is that although it was written years ago, when America’s political landscape was dramatically different from what it is today, it still holds up.

In 2012, after noting that while The New York Times has good reporting and that not all of their opinion columns were bad… most of them were. Putting it succinctly: “Ross Douthat is essentially a parody of the sort of conservative Times readers would find palatable, now that David Brooks is a sad shell of his former self, listlessly summarizing random bits of social science and pretending the Republican Party is secretly moderate and reasonable.” Mr. Pareene then goes on to note that Thomas Friedman is a “national embarrassment,” who “is a fraud and a simpleton, whose job is to sell comforting platitudes to rapacious plutocrats and those who aspire to be rapacious plutocrats.” The description of Mr. Douthat is right on point, as a more recent Chapo Trap House dissection reminds us. The description of Mr. Brooks is almost too nice. Remember when, in January of 2016, the man said, "It’s going to be Rubio. I’m telling you, it’s going to be Rubio." Mr. Friedman, blessedly, has lost considerable clout over the last half decade, but he is still at the Times, pretending to have learned his lesson from the Iraq War fiasco by advocating that President Trump launch an American occupation of Syria. The New York Times, impressively, decided to up its hack quotient recently by enlisting Bret Stephens to join them.

Two other publications who, as a whole, Mr. Pareene identified as being unwilling or unable to break from centrist clichés were The Washington Post and The Atlantic. Both have had considerable line-up changes in the intervening years, but the song remains the same. WaPo is the foremost mainstream publication now giving space to pro-Trump dupes such as Marc Thissen (who Mr. Pareene had lambasted years earlier)—a low matched only by the right-wing-but-respected Wall Street Journal. The Atlantic, meanwhile, is prominently features GOP ghouls, so long as they are protected by the veneer of being #NeverTrump, such as warmonger David Frum, whose hatred for immigrants makes his hatred for the President rather surprising. The magazine’s longstanding agitating for war with Iran is also worthy of condemnation—and another reason why their anti-Trump posturing is not nearly as logical as they’d like you to think. After all, it was not so long ago that the magazine ran essays championing American empire and even Henry Kissinger.

Two other takedowns deserve highlighting. In 2013, Mr. Pareene warned of one Ezra Klein’s “dangerous fantasy” to “imagine that the right charts will eventually lead to the right policy.” That was written before Vox debuted. Commenting on the news that President Obama’s list of favorite pundits included Jonathan Chait, Mr. Pareene lamented, “While Chait is a top-notch writer, any list in which he represents The Left is a list that isn't challenging any reigning Democratic Party orthodoxy.” That was years before Mr. Chait set about declaring war on the entire Bernie Sanders wing of the Democratic Party—which is a bandwagon the aforementioned publications all jumped in to, particularly The Atlantic.

But perhaps even more important than its accuracy was the breakthrough that the Hack List represented. It was one of the first times that ruthlessly mocking and deconstructing the stupidity of our elite commentariat was taken mainstream. Salon was very popular when these polemics were getting published, and the Hack List helped make full throated assaults on legacy media institutions acceptable, and not just fodder for blogs or specialty leftist publications with miniscule circulations. This helped plenty of future left-wing intellectual bomb throwers attain a level of respectability that wouldn’t have been possible even a decade ago, from Jeet Heer to Corey Robin to Malcolm Harris.

While at Salon, Mr. Pareene also managed to royally piss off one Donald Trump. The goofy billionaire had announced that he had a big surprise for the 2012 Republican National Convention, and one plucky Salon blogger publicly mused that it might be a video of President Obama getting fired. That turned out to be true, though the video never ended up being aired. For his insight, said plucky blogger was treated to a tweet from the next President of the United States reading, “Lightweight reporter Alex Pareene @pareene is known as a total joke in political circles. Hence, he writes for Loser Salon. @Salon.”

You could claim that Mr. Pareene’s assumption about the 2012 video was a lucky guess, but then in 2016 he proved damn near clairvoyant. Back at Gawker, this time in as an editor, he wrote a shockingly on point piece called “Don’t Blow It.” The piece opens this way:

It’s Trump versus Clinton. It’s a well-funded mainstream Democrat against a widely reviled demagogue who will struggle to earn the support of his party’s donor base. It’s a man whose every public utterance is a potential negative ad waiting to be cut, versus the most cautious candidate in modern memory. The Clinton campaign has been given a tremendous gift, as I am sure they know.
They better not fucking blow it.

The piece is worth reading in full—I cannot recommend that strongly enough (here’s an archived link to it in case Gawker’s assassinated corpse loses its formaldehyde and is left to rot), but here’s another worthy breakout quote:

They’re [the Clinton campaign] going to build Trump up as a reckless and virile force of nature—and a true outsider—rather than expose him as a pitiful clown and an obvious fraud. This is completely backwards. As any writer who’s ever received an angry personal response from Trump can tell you, you get under his skin by mocking and emasculating him, not by feeding the myth of his power and strength, the precise qualities his authoritarian followers adore.
So, look: I’m not saying the Democrats are definitely going to blow it. But they’re more than capable of blowing it.

Almost nobody, aside from myopic Trump-partisans, thought it possible that Donald Trump would win the election. Certainly no hack pundit at any legacy media outfit did. And Mr. Pareene did not ever say Mr. Trump would assuredly win it, he just noted that there was a real chance of it, and with chilly precision explained why. No one at Harper’s, Mother Jones, or The American Prospect, for all their talent, managed to do the same. And after it happened, after Donald Trump became president-elect, Mr. Pareene held nothing back. His first piece after the fact was “Fuck Everything And Blame Everyone.” It is the most cathartic, most honest article-reaction to the event published anywhere. Despite being a paid writer, editor, analyzer, and quipper for about a decade, Mr. Pareene is still a human, like the rest of us.

These days, Mr. Pareene ably serves as the politics editor at Splinter News, a more serious redux of Gawker. There, he continues to be insightful and funny. He can show you why the “Unite the Right” rally in Charlottesville was a preview of the GOP’s future. He can explain how it is that Donald Trump lost his mind over the course of the last two decades. And, as always, he is quick to point out the infuriating ignorance of our chattering class.

So three cheers for Alex Pareene, the Minnesotan hipster who understands these crazy times better than every poseur out there taking in three times his salary.

One comment on “Alex Pareene: Pundit of the Century”