Against war – for international workers’ solidarity! 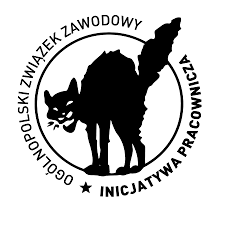 Statement of OZZ IP (Poland), member of the International Labor Network of Solidarity and Struggles. Network

A statement by the OZZ Inicjatywa Pracownicza (Workers’ Initiative Union) National Committee on the Russian aggression against Ukraine, 24 February 2022.

In view of the Russian troops’ invasion on Ukraine, the National Committee of the OZZIP wishes to express its solidarity with Ukrainian civilians, Ukrainian trade unions and Ukrainian citizens living and working in Poland. We also stand with citizens of the Russian Federation who are protesting against the war and militarism in general. Military conflicts serve financial elites who grow rich on the arms trade and the exploitation of natural resources as well as governments who build their political capital on the threat of war. Imperialism – no matter who is behind it – is always contrary to the interests of the working people regardless of their nationality.

For millions of workers, the global battle for power and wealth brings death, destruction and even greater poverty. Working people fight on the frontlines of wars they did not cause. Their homes collapse under bombs and rockets. Last week, the Ukrainian public was shocked to learn about politicians and oligarchs leaving Ukraine on board private jets and chartered airplanes. Ukrainian trade unions and social organizations have called for the nationalization of their wealth and channeling it into support for civilian people.

There are over a million Ukrainian citizens living and working in Poland. Their number is also growing within the ranks of our union. Workers from Ukraine suffer very difficult working conditions, often below the legal wage and with unregulated hours. The outbreak of the war entails added anxiety about the loved ones they left behind in their homeland and an uncertain future. Starting today, they have to divide their time between struggling for survival in Poland and following the news on bombs falling on their hometowns.

We wish to express our full solidarity with our colleagues and all victims of war. Moreover, we wish to declare that we will be present at all anti-war protests.

No to war! Yes to international workers’ solidarity!