Historian Cedric Johnson’s essay “The Panthers Can’t Save Us Now,” published in 2017 in the new socialist journal Catalyst, generated a lot of discussion and won the Daniel Singer Memorial Prize.

Addressing a historic discussion about the tensions between race and class for socialist strategy, Johnson argued against the legacy of racial essentialism in contemporary political movements, and for a class analysis rooted in a materialist understanding of Black political life.

We asked Cedric if he would be willing to extend his argument for New Politics and he graciously agreed to do so. We then asked three scholars and activists (Jay Arena, Touré Reed, and Mia White) to comment on the significant political issues he has raised, though they do so without having seen Johnson’s new essay.

We are pleased to offer this further elaboration and discussion of Johnson’s important article. We hope this symposium clarifies issues critical to building an effective socialist movement in the United States, one that has been growing quickly and significantly recently. 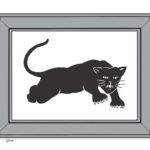 [PDF][Print]My 2017 Catalyst article, “The Panthers Can’t Save Us Now,” was addressed to a specific conundrum within contemporary left politics and anti-policing struggles in particular: that is, the strategic problem of building a counterpower capable of . . .

END_OF_DOCUMENT_TOKEN_TO_BE_REPLACED 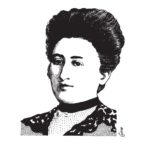 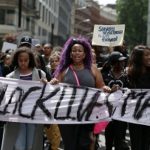 [PDF][Print]Cedric G. Johnson’s “The Panthers Can’t Save Us Now” is a compelling, historically grounded critique of contemporary anti-racist campaigns against police brutality and mass incarceration. While Johnson is encouraged by the swell of organized opposition to . . .