Reply to Ella Wind on Syria and the U.S. 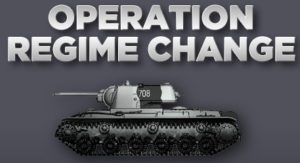 In “Syria, the United States, and the Left,” Ella Wind criticizes my April 2018 article, “U.S. Out of Syria.” Wind says that I misrepresent U.S. policy towards Syria by “demonstrate[ing] the scale and ferocity of the U.S. intervention by a series of factual tidbits related to the topic, without a sense of scale, importance, or relationship between them.” She cites the following paragraph from my article:

“The U.S. admits it has between 2,000 and 4,000 American troops in Syria. Between late 2016 and May 2017, the U.S. bombed pro-government forces at least three times. The U.S.’s support for armed groups in Syria has gone far beyond its backing of Kurdish groups, as America and its conservative allies in the Middle East have supported groups fighting the Syrian government, including reactionary religious fundamentalists guilty of sectarian violence.”

Wind acknowledges that the facts I refer to are true but says that “through their list-like juxtaposition, they present a picture of the American intervention that seems to imply the anti-ISIS intervention is a minor side-project to the primary goal of overthrowing Assad via the backing of Islamist groups.” I say nothing about “a minor side-project” or a “primary goal” so there is no basis for the claim that my article ranks U.S. priorities in Syria. Here I’d like to point out that I have participated in the very “discussion of the U.S. strategy of airstrikes against ISIS” that Wind rightly notes is “in short supply” as I have written many articles largely and in some cases primarily focused on the U.S.-led campaign against ISIS-held territories, bombing that I have vigorously and repeatedly condemned irrespective of its connections to U.S. policy towards the Syrian government and that I have I called for resistance to and attended protests against; as I make clear in those articles, I wholeheartedly share Wind’s argument that one of lessons of the war in Syria is that “the indiscriminate razing of cities to save them from occupation by a tyrannical jihadist group is rather counterproductive.”

Yet Wind and I differ in that, in my estimation, the U.S.’s war against ISIS and its war against the Syrian government should be seen as intimately connected rather than as ventures with necessarily contradictory goals:  after all, both have been fought in Syria, killed Syrians, and contributed to the leveling of Syrian cities as part of a U.S. effort to control the country. Wind seems to treat U.S. maneuvers against ISIS as though they can be compartmentalized from U.S. maneuvers against the Syrian government. For instance, she writes that in the war on ISIS “Washington’s chosen proxy fighters on the ground were more effective, perhaps because for them also it was the fight against ISIS, rather than Assad, that was their own urgent concern.” On the other hand, the first of the two equally significant, inter-related aims that I take up in “U.S. Out of Syria” is to illustrate that the U.S. and its partners have designs on Syria. The position I’ve long held is that the bombing of ISIS-held areas and the initiative aimed at the Syrian government have been used by the U.S. and its regional proxies to get a foothold in Syria that will give them leverage against the Syrian government and its Russian, Iranian, and Hezbollah allies.

One of the cases I refer to in my article, the handling of which Wind objects to, illustrates the relationship between the war on ISIS and the attacks on the Syrian government. I cite three instances of the U.S. bombing Syrian government forces between late 2016 and May 2017 and Wind criticizes me for failing to note “that almost all the U.S. strikes against the Assad government occurred when its forces threatened to encroach on the SDF and were not part of any effort to topple the regime.” The SDF both worked with the U.S. to fight ISIS and enabled the U.S. to effectively control nearly one third of Syria, including what Syria specialist Joshua Landis describes as “half of Syria’s energy resources, the Euphrates dam at Tabqa, as well as much of Syria’s best agricultural land.” Therefore, the SDF has been valuable to the U.S. not only against ISIS but also in giving the U.S. purchase over a large, valuable chunk of Syria.

In my reading, Wind takes the inverse position of the one that she baselessly attributes to me and underestimates the U.S.’s commitment to either toppling the Syrian government or at least keeping it weak and the country haemorrhaging while giving the U.S. an entirely unjustified say in Syria’s future. Consider, for instance, the following portions of my article, which Wind ignores:

“The CIA’s effort to oust the Syrian government has been one of the costliest covert-action programs in the agency’s history….Over the course of the Syrian war, America’s ally Israel has sponsored an armed insurgency against the Syrian government, has bombed Syria nearly a hundred times, and has sought to intensify its control over Syria’s Golan Heights, which Israel has illegally annexed. The U.S. has also supported devastating sanctions….

As of July 2017, the U.S. had ten military bases in Syria. Earlier this month, America began constructing two more.”

At no point in her article does Wind mention the sanctions, the bases, or Israel’s attacks on Syria or ongoing theft of part of the country.

If the U.S.’s gambit against ISIS meant that the U.S. had little if any desire to undermine the Syrian government, then the U.S. would have removed its bases from Syria—or at least signaled that it is going to—now that ISIS is for all intents and purposes defeated as a territory-holding entity in Syria. Ergo it’s a mistake to see these bases, which amount to an occupation of parts of Syria, purely as tools against ISIS rather than as also being part of a U.S. effort to flex its muscles in Syria beyond the narrow goal of beating ISIS. The sanctions, similarly, remain in place and target the Syrian government though, as is typical of U.S. sanctions regime, they collectively punish the Syrian population:  the Associated Press reports that “widespread fuel shortages that have brought life to a halt in major cities” that the government controls “are largely the result of Western sanctions on Syria and renewed U.S. sanctions on Iran, a key ally.” Likewise US sanctions on Iran forbid passage of aid ships to Syria. Robert Ford, a former U.S. ambassador to Syria, characterized the sanctions as “a conscious policy of the American government to try to strangle to death the Iranian government in Tehran and the Syrian government in Damascus.” The sanctions and bases demonstrate that Syria’s people and resources, including but not limited to the Syrian government, are in the U.S.’s cross-hairs; that ISIS is effectively decimated hasn’t changed that.

I realize that Wind knows Syria well so I won’t accuse her of the “genuinely naïve lack of knowledge” she says could be behind my article’s alleged deficiencies but the just-mentioned omissions leave me wondering whether she’s projecting when she asks whether I am engaging in “a concerted effort to present only a certain picture.” I do not know Wind’s other work so I ask her, respectfully and earnestly, where the sanctions and the bases fit into her analysis of Syria and whether she joins me in calling on the U.S. to dismantle its bases and drop the sanctions.

“U.S. Out of Syria” was written and published in the context of America bombing Damascus when the issue being debated by the media, general public, and the governments in the western world was whether America should continue attacking Syria and overthrow its government. Accordingly, the article’s second aim is to demonstrate that the U.S. and its partners have inflicted grave harm on Syria. The aim of doing so is to make the point that throughout the war in Syria the U.S. has helped bleed and debilitate the country and that those who were arguing in favor of further U.S. intervention and regime change on the grounds that this could lead to a peaceful, democratic future for Syria were woefully misguided: as I show, the U.S. and its allies inflicted death and destruction in Syria both in cases where the pretense was to supposedly liberate Syria from its government or where it was to supposedly liberate Syria from ISIS.

In Wind’s article, she correctly points out that, in 2015, “using tank-destroying missiles, militias from the [U.S.-Saudi program Timber Sycamore] trounced government forces in northern Syria.” I ask Wind, again in good faith, whether she shares my opposition to that and other instances of the US arming of groups fighting the Syrian government and whether she agrees with me that such arming should have been protested (and that future analogous cases should be as well) far more widely.

Posted October 27, 2019 Left Politics, Syria, U.S. Foreign Policy, War and peace by Jason Schulman
About Author
Greg Shupak teaches media studies at the University of Guelph in Canada. He is the author of The Wrong Story: Palestine, Israel, and the Media (OR Books).