THE HISTORIC SANDERS CAMPAIGN has come to a close, and the strength of social movements will be critical after November, whether to build the left in the face of a Democratic president carrying out the party’s neoliberal policies or to . . .

END_OF_DOCUMENT_TOKEN_TO_BE_REPLACED 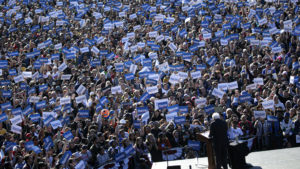