In our last issue we noted that while we were greatly relieved that Trump was gone, we also recognized “Biden represents the status quo ante, the policies of the Democratic Party” and suggested “any progress under Biden will be the result of militant pressure from mass social movements, including organized labor.” Several months into the new presidency, this seems an accurate description if we change “any” to “significant progress.”

Biden has adopted a different economic strategy for preserving U.S. capitalism that some are calling neo-Keynesianism. He favors increased social spending to be paid for with modest tax increases on corporations and the wealthy, if this will strengthen Washington in its escalating contest with Beijing for global hegemony. At the same time, Biden has failed to cut the military budget and, despite extending the DACA program for undocumented immigrants who arrived in the country as children, has maintained a brutal border regime, continuing to lock children up in horrific conditions. He tried to leave in place Trump’s historically low limit on refugees until public pressure forced him to reverse himself.

While Biden has rejoined the Paris Climate agreement and proclaimed grand emissions targets, he has, in the New York Times’ words, quietly taken actions that will “guarantee the drilling and burning of oil and gas for decades to come.” Just as under Trump, we will need powerful social movements to win progressive changes on the scale necessary to address continuing crises.

The U.S. conflict with China is taken up in this issue by Sam Gindin, who looks back at the analysis that he and the late Leo Panitch put forward almost a decade ago in their Deutscher Prize-winning book, The Making of Global Capitalism. Gindin considers how well this analysis has stood up.

It is also ten years since the Arab Spring, and we publish two pieces on this topic: an article on Syria by Leila Al-Shami and an extensive interview with Gilbert Achcar on the meaning of anti-imperialism. Other articles dealing with international issues include an article on Bolsonaro’s agenda in Brazil and a symposium on class struggle in Africa.

Trump has departed the White House, but he did not go quietly. He left behind a more politically polarized country and a growing far right. Articles by Enzo Traverso and Cihan Tuǧal assess the current state of “twenty-first-century fascism.” And David Renton considers whether banning far-right figures from social media platforms might prove to be counterproductive.

The far right has grown, but so has the radical left. The Democratic Socialists of America now has over 90,000 members. Andrew Sernatinger, a DSA activist, offers his perspectives on the opportunities and challenges it faces in a new political moment.

This year marks the 150th anniversary of the birth of Polish-German revolutionary Rosa Luxemburg. We commemorate this with essays by Michael Löwy and Helen Scott. It is also 150 years since the Paris Commune, which we mark with Dan La Botz’s appreciation and critique of Marx’s analysis of what took place.

The issue also includes articles on socialized medicine, academic labor, a personal reflection on prisons, an interview with the singer-songwriter Roy Zimmerman, a discussion of Herman Melville, and two book reviews.

In addition to the anniversaries mentioned above, we are celebrating one of our own: this year marks the sixtieth birthday of New Politics. Vol. 1, No. 1 was dated Fall 1961, and its front cover is reprinted on the back cover of this issue.

In a statement on “Why We Publish” in the first issue, the editors identified “one area of agreement among all socialists” as their recognition that “a host of difficult and provocative questions crowd in upon us and demand thought.” Hence the need for “a magazine conceived as a forum permitting and encouraging a free play of discussion, controversy, and counterposition of ideas … free from organizational commitments and inhibitions….”

The time was right. The debut issue, with a press run of just under five thousand copies, sold out rapidly. Interest was especially strong on university campuses. The second issue (Winter 1962) carried a half-page ad for Venture, the “official publication of the Students for a Democratic Society”—by no means yet a familiar name, even on the left.

The conventional wisdom of a few years later would counterpose the Old Left of Depression-era radicals with the New Left of which SDS became the standard bearer. While welcoming to the new campus radicalization, the editors and contributors to New Politics skewed a bit older. So did its layout, which at no point in the 1960s ever exhibited the effects of psychedelic enlightenment. But from the start it was every bit a Movement publication, with “a devoted, hard-working group of editors who [did] everything from editing manuscripts to licking stamps as part of an unpaid staff,” to quote an appeal for donations from the fourth quarterly issue.

The gap between production costs and revenue from sales and subscriptions meant that New Politics ended its first year with a deficit of $8,000 (equivalent to nearly $71,000 today). Readers dug into their own pockets, as did the editors themselves, but over time, the quarterly format yielded to a slightly irregular schedule. The journal’s first series (1961-78) ran to 44 issues. When Phyllis and Julius Jacobson relaunched New Politics in 1986, they did so on a semi-annual schedule (Winter and Summer) that has continued, without interruption, for 35 years now.

What’s kept New Politics running over the years is a commitment to a basic perspective that informed the project from the start: an understanding that socialism without democracy is no socialism at all, while democracy without socialism cannot be democratic. An editor of and contributor to the journal in its early days, Hal Draper, clarified this point with his essay “The Two Souls of Socialism,” which appeared in the journal in Winter 1966. And every issue we bring out now holds fast to the principle expressed in the “Why We Publish” statement that ran in early issues of the new series:

New Politics allies itself with all those working for peace, social justice, and cultural freedom—with the peace movement, movements for racial and national liberation, with feminists, civil libertarians, progressive trade unionists, and environmentalists.

Our list is longer now. As a look at our website or the print edition will show, the journal responds to the growth of mass movements and the renewed interest of socialist ideas as much as possible. New Politics has a political heritage. That and an unpaid staff. If you like what you read, please subscribe, buy copies to distribute, or share our content. If you can afford it, an anniversary donation would also be much appreciated.

We report with sadness the recent deaths of two members of the New Politics family, both in their nineties. Reginald Wilson, a Tuskegee airman, civil rights activist, and psychologist, passed away last December, after serving on our editorial board for many years. The philosopher Kai Nielsen, a longstanding sponsor of the journal, died in March. Tributes to both can be found on our website. 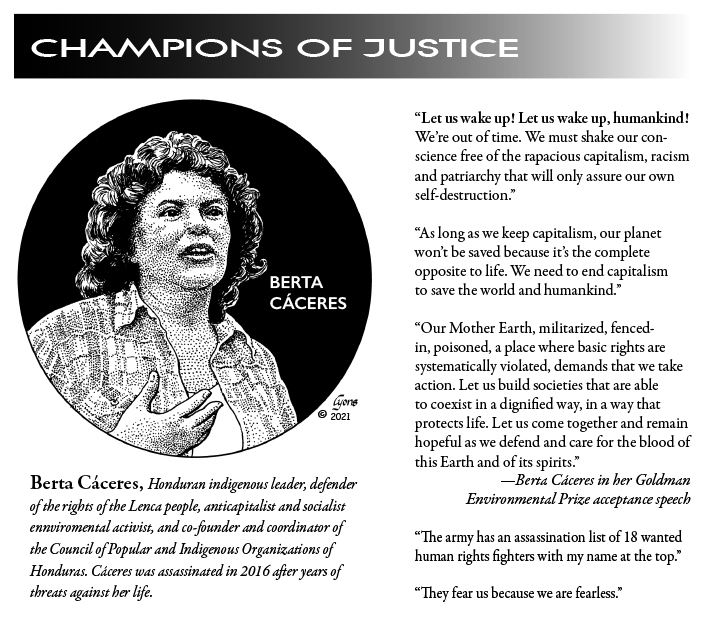