END_OF_DOCUMENT_TOKEN_TO_BE_REPLACED

Covid-19: Aiding the Socially Vulnerable & Preventing a Second Wave in the UK

Increasing the financial support available to migrants – including asylum seekers and those with insecure immigration status — would not only protect their lives but those of the wider public.

For the past four months Covid-19 has revealed the contradictions and unsustainability of global capitalism perhaps in a manner that no other single phenomenon has ever done in history.

The American Working Class on Unfamiliar and Dangerous Terrain: A Fightback Begins

The pandemic and the shutdown have taken a toll, but they now provide an opportunity to rebuild the American labor movement from the bottom up.

Ten Aphorisms on Capitalism, Covid-19, and the Climate Crisis

The climate crisis, and by extension, the COVID-19 crisis, is a prolonged act of violence perpetrated on the 99% by capitalism’s accumulation for accumulation’s sake.

Where Do We Stand? Reasons for Optimism

In 2008-9 a common slogan was “The banks got bailed out. We got sold out!” This populist attitude has persisted since then and re-emerged even more strongly in this Crisis. 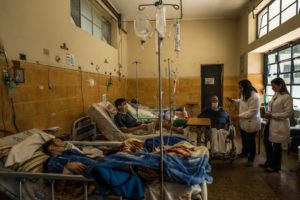 The quarantine has sharpened the hunger ailing the Venezuelan people, as evidenced by the latest report of the UN World Food Program, and this has produced food riots. This is troubling because it further shows the despair of the working class over the level of misery it is enduring.

Socialist Organizing in the Era of COVID-19

A socialist movement is being revived, and people are watching in real time how the capitalist system drives their lives into chaos again and again. 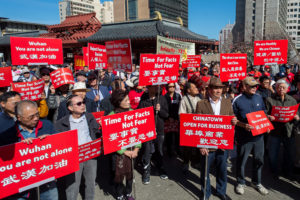 This crisis is exposing all the problems of capitalism—especially racism. In our fights for personal protective equipment, unemployment benefits, healthcare for all, safe work environments, rent relief, etc., we should link these issues together with the systems which produced it.

President Donald Trump is driving the United States toward complete loss of control of the coronavirus pandemic, a development that will lead to tens or even hundreds of thousands of deaths and further devastation of the economy.