Hearts on Fire for the 43

On the sixth anniversary of the forced disappearance of the 43 Ayoztinapa college students, a flurry of developments is spurring optimism among long traumatized relatives of the students and their dedicated core of supporters.

As temperatures dip near or below freezing, scores of Mexican refugees huddle in their makeshift tents of layered plastic sheeting at the foot of the Santa Fe Bridge that connects Ciudad Juarez, Chihuahua, with El Paso, Texas. Many small children . . .

END_OF_DOCUMENT_TOKEN_TO_BE_REPLACED

Can a Woman Worker Become Mayor of Juarez, Mexico? 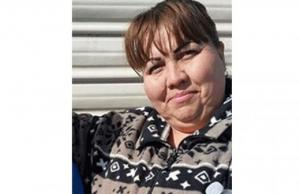 Antonia Hinojos Hernandez is in a race against time. Known to her friends as “Tonita,” the Ciudad Juarez mayoral hopeful has until March 7 to gather nearly 30,000 signatures from eligible voters so her name can appear on the June ballot as an independent candidate.

A former line worker at a border assembly plant, or maquiladora, Hinojos does not have the infrastructure of a political party, lacks money to pay signature collectors and is missing the endorsements of influential people and media outlets.

The Mexican and U.S. government first agreed to the creation of the maquiladora plants along the U.S.-Mexico border in 1965 and already by 1975 there were strikes for union recognition. Yet in the last 40 years, thanks to the cooperation of the multinational corporations and the U.S. and Mexican government virtually no group of workers has succeeded in organizing a genuinely independent labor union. Most plants have no unions. Some plants have unions run by lawyers and gangsters who are allied with the ruling Institutional Revolutionary Party (PRI) and the government. A combination of legal chicanery, intimidation, and violence have been used to keep workers from organizing. Now, once again, after many years there are labor protests in Ciudad Juarez one of the major maquiladora centers across the border from El Paso Texas as reported by Kent Paterson of Frontera NorteSur News where this article originally appeared.- Dan La Botz

In a virtually unprecedented development, labor protest is widening in the maquiladora industry of Ciudad Juarez, Mexico. While worker dissatisfaction or protest is nothing new in the foreign-owned border factories that produce goods for export to the United States, previous manifestations of discontent in the generally union-free industry have usually been confined to one company at a time.

The U.S. and Mexico: Hand-in-Hand in Human Rights Violations

Though little-noticed by the U.S. media, events north of the border bore striking similarities to developments in Mexico in 2014. Like in the mass protests that arose south of the Rio Bravo and then rapidly extended worldwide over the police killings and forced disappearances of the Ayotzinapa rural teachers’ college students in Guerrero, Mexico, the catalyzing issue in El Norte was police violence.