Getting Serious About Class Dynamics: Culture, Politics and Class

Labor historians have detailed how the structure of the workplace, the cultural aspects of community, and spatial patterning all impact class consciousness. From coal mining that paradigmatically has the workers living in the hollow and the bosses on the hill to the ethnic enclaves of steel town where different nationality/ethnic groups each occupied their own distinct neighborhoods with taverns, union halls and churches, socialization matters.

From Occupy Wall Street to Occupy the World: The Emergence of a Mass Movement

The Occupy movement has changed the American political landscape. We are at the opening of a new mass movement and a radicalization that presage an era of coming social upheaval and class conflict that require the left to both analyze these developments and to develop a strategy to intervene. The left today, small, divided, and weak, must develop an approach that will make it possible for it to grow and unite so that it can influence events.

Race Relations: the Problem with the Wrong Name 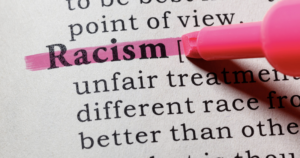 Instead of focusing on the historical and structural processes that reproduce racial inequalities from one generation to the next, discrimination is reduced to the level of discrete acts by discrete individuals. However, far more is involved here than individual acts of discrimination…

The Two Deaths of Max Shachtman

How we admired and respected Max! The “we” was small in number of course, for how many revolutionary socialists were there in the Thirties in this country? Only a handful of Trotskyists and not all of them had that special feeling for Max shared by “my crowd,” some barely teenagers, others in their late teens or twenties and a few oldsters crowding thirty.