Eric Toussaint is a historian and political scientist who completed his Ph.D. at the universities of Paris VIII and Liège, is the spokesperson of the CADTM International, and sits on the Scientific Council of ATTAC France. 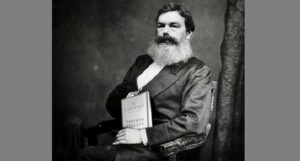 Piketty proposes a scenario that suggests capital has been present from the origins of humanity and that revenue from a savings account held by a limited-income retired person is the same as revenue derived from capital.

Belgium’s Colonial Crimes in the Congo: A Duty to Remember

Thanks to the Black Lives Matter mobilizations against racism in general, and racism against black people in particular, becoming an international phenomenon more and more people are seeking to know the truth about the dark past of the colonial powers and the continuation of neo-colonialism up to the present times.

On the World Economic Crisis 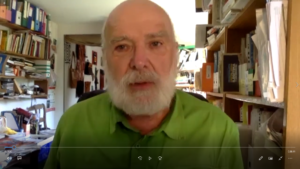 Eric Toussaint discusses the origins and character of the current economic crisis and working class responses.

END_OF_DOCUMENT_TOKEN_TO_BE_REPLACED

Theoretical Lies of the World Bank

In 2019, the World Bank (WB) and the IMF will be 75 years old. These two international financial institutions (IFI), founded in 1944, are dominated by the USA and a few allied major powers who work to generalize policies that . . .

END_OF_DOCUMENT_TOKEN_TO_BE_REPLACED

Syriza: “A grain of sand in the machinery”

Eric Toussaint, analyses Syriza’s first days at the head of the Greek government for Le Courrier. He was interviewed by Benito Pérez (of the daily Le Courrier, Geneva. 1]

Eric Toussaint is visibly exhausted at the end of a difficult week. But his mind is clear and his enthusiasm is intact: Syriza’s victory in the Greek legislative election has opened one of those parentheses within which History accelerates and is written as we watch. A political scientist who is experienced in economic matters, founder and spokesman of the Committee for the Abolition of Third World Debt (CADTM), Toussaint is a key observer of the battle now going on between Greece and its creditors—mainly the governments of Northern Europe. That is evident from the interest that was shown in his presentations Saturday, in Geneva, during a day of discussions on the economy organized by Le Courrier. A former adviser to the government of Ecuador and the president of Paraguay (Fernando Lugo), the Belgian native has also been approached by Syriza. Pending his possible involvement, Eric Toussaint is speaking out freely and observing the Greek experiment with a benevolent but critical eye.