By: Nicaraguans living in the United StatesOctober 15, 2018 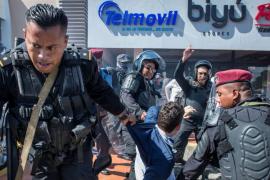