Helen Scott is associate professor of English at the University of Vermont and has published broadly on post-colonial literature and theory. She is editor of two anthologies of Rosa Luxemburg’s writings: The Essential Rosa Luxemburg (Haymarket, 2008) and (with Paul Le Blanc) Socialism or Barbarism (Pluto, 2010). She is on the editorial board of Verso’s Complete Works of Rosa Luxemburg and will be one of the editors of Volume V. She is a member of United Academics: AAUP/AFT. 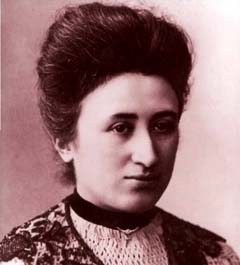 Rosa Luxemburg’s legacy is very live, very relevant, and very contested. One of the ways to understand this particular political valence is to see her not only as an exceptional individual, which she surely was, but also as . . .