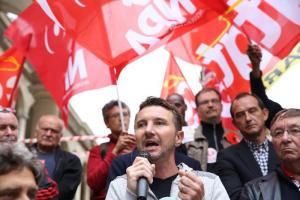 The following piece was written for Kojkkino, the theoretical magazine of the Greek organization DEA. Though quite long, it does not claim to cover all sides of the question. Indeed, it’s the kind of article that is never really finished and that has to be constantly reworked and supplemented. Its main objective is to stimulate collective thinking about the lessons of the successes and failures of the NPA from its birth to the present day.

Radical Left organizations in Europe have tended to focus their attention on the major political and electoral experiences that have stood out in the recent period – beginning with Syriza in Greece, Podemos in the Spanish State and the Left Bloc in Portugal, and often also including Die Linke in Germany, Rifondazione Comunista in Italy, the Red-Green Alliance in Denmark (RGA) and others. This is entirely justified. Still, other attempts at “doing something new” merit analysis, even where their successes were fewer or shorter-lived. They provide food for thought about a broader range of national contexts.

The November 13 attacks in Paris: the terror of the Islamic State, the state of emergency in France, our responsibilities

November 13 represents a change in the national and international political situation. The Islamic State (IS, Daesh) has struck again; and even more strongly. In January, the targets were the journalists of Charlie Hebdo, police and Jews. This time, it was the youth of the country that was the target. They did not kill just anyone, just anywhere: they attacked young people, young people in all their colours, whatever their origins, their religion (if they had one), their political beliefs. At least 130 dead, over 350 wounded – at the very least a thousand direct witnesses of the carnage. Many of us have relatives among the victims and, if not, we have friends who have. The shock wave, the emotion, is profound.