Michael Pröbsting is a political activist and writer, living in Austria. He has published numerous writings in several languages including Rosa Luxemburg—‘Ich bin ein Land der unbeschränkten Möglichkeiten’ (1999), The Credit Crunch—A Marxist Analysis (2008), and Cuba’s Revolution Sold Out? (2013). He has written on China’s transformation into an imperialist power more extensively in his book The Great Robbery of the South (2013). A German translation of this book was published by Promedia in the spring of 2014. He is the editor of the website The Communists. 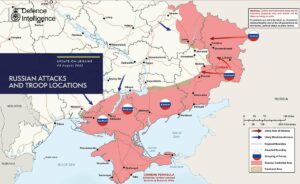 END_OF_DOCUMENT_TOKEN_TO_BE_REPLACED

One of the most important issues of our time is the intensifying rivalry between the imperialist Great Powers: the United States, China, the EU, Russia, and Japan. Diplomatic rows, sanctions, trade wars, military tensions, and, ultimately, major wars now loom . . .

END_OF_DOCUMENT_TOKEN_TO_BE_REPLACED

China’s Emergence as an Imperialist Power

One of the most important issues in world politics today is China’s rise as a great imperialist power. Most left-wing writers consider China either as a “socialist country,” a “deformed workers’ state,” or as a “dependent capitalist country” exploited by Western monopolies.