Why should we care about the Consumer Financial Protection Bureau? 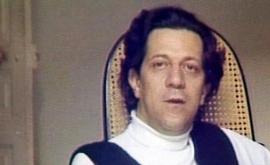 In the early hours of November 27th, employees at the Consumer Financial Protection Bureau (CFPB) woke up to a world of contested allegiances. Advocated by Senator Elizabeth Warren and set up by the Dodd-Frank Wall Street Reform and Consumer Protection Act, CFPB was created in 2011 as an independent Federal agency tasked with protecting consumers in the financial sector. Since it was this sector’s predatory exploitation of low-income racialized communities that triggered the subprime mortgage crisis, this agency was intended to regulate finance across consumer services like mortgages, student loans, and credit cards. As such, the founding of the agency received large support from consumer groups and their Democratic allies in the Federal administration. Republicans, for their part, dutifully (and unsurprisingly) rendered the agency as another burden on the “free” market.[i] Such conflicts are hardly news and government employees are in this sense always in the precarious position that their jobs might be discarded with every new administration. Rarely, however, do these conflicts take the absurd character we could witness the following few days.