ELLA MAHONY is an assistant editor at Jacobin.

The night of the penultimate presidential debate I was at a screening of the Brazilian film Aquarius, which tells the story of a woman fighting a corrupt development company to remain in her apartment building. During the Q&A session with the director and force-of-nature actress Sonia Braga, a handful of demonstrators stood up, silently, holding “Fora Temer” signs to protest the government that has illegally installed itself in Brazil. Within sixty seconds Lincoln Center had the NYPD to escort them out, against Braga’s objections, and the Q&A continued with police watching from the edges of aisles. 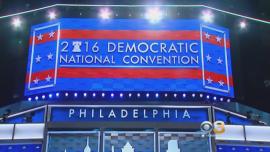 On July 26, concurrent to the Democratic National Convention’s star-studded attempt to make everybody forget everything that transpired during the primary, New York Mag published a great piece on the Florida senatorial race. What they call “the second-strangest campaign of the season” is worth reading about for a few reasons; because the general election might be able to defeat Marco Rubio’s mercurial reentry into national politics and hand a rare Florida win to the Democrats; because Alan Grayson — the $16-million-tax-haven owner, who, policywise, lands on the left wing of the Democratic Party — is great entertainment; and because Grayson’s primary rival, Patrick Murphy, is a quiet, but powerful, signal of where the Dems are headed.