Ashoka Jegroo is a journalist born and raised in Brooklyn, New York. He has bylines in The Santiago Times and the New York Times‘ The Local blog. He has covered protests in Santiago, Chile and New York City. When he’s not causing trouble for the establishment, he’s live-tweeting protests at @AshAgony. 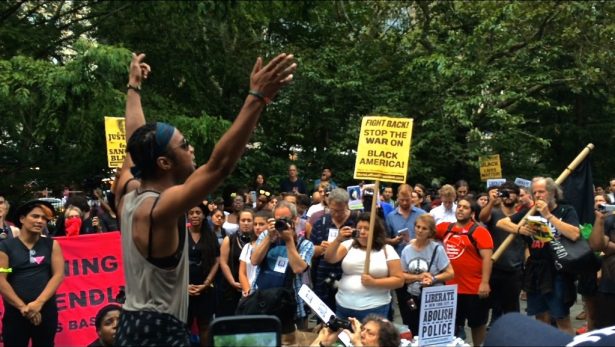 Activists in New York City seeking to defund the police have successfully occupied City Hall Park for a week and seen one of their demands met with the resignation of Commissioner Bill Bratton. While blocking roads and highways has been the tactic of choice for Black Lives Matter since it gained national attention two years ago, the recent deaths of Alton Sterling and Philando Castile have sparked the resurgence of a tactic many thought had been left behind in Zuccotti Park.