Marx and Marxism in Berkeley in 1968 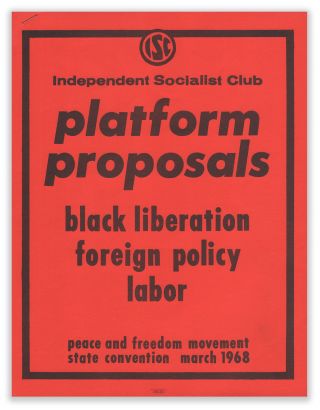 Berkeley (California) was probably a unique political-cultural milieu in the U.S. in the 1960s, both before and after 1968. It was part of the larger political-cultural scene of the San Francisco Bay Area from 1945 onward. The Bay Area at the time was a relative backwater in the U.S., compared to the East coast. The area had, however, seen one of the biggest general strikes of the 1930s, when the Communist Party-influenced ILWU (International Longshore Workers Union) helped bring San Francisco to a halt in 1934, including mass street battles with the police.