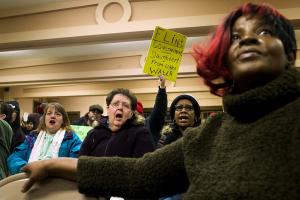 The lead-poisoning disaster in Flint, Michigan is more than a shocking public health failure. It is an assault on human rights – a recognition that has been largely absent from most discussions of how and why this could have happened in the advanced industrial democracy of the United States. It is arguably the largest discrete violation of its type since the infamous and grossly unethical Tuskegee syphilis medical study of the last century. The water poisoning in Flint was finally forced into official recognition by a brave and stubborn pediatrician, Dr. Mona Hanna-Attisha, who documented what was really happening to Flint’s vulnerable children and other residents.