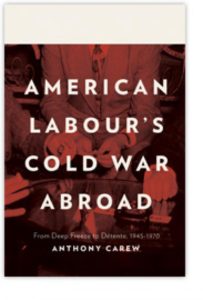 The Cold War was the period in the twentieth century, approximately between 1946 and 1991, where world politics were dominated by the confrontation between two blocs of states, led respectively by the United States and the Soviet Union. . . .

END_OF_DOCUMENT_TOKEN_TO_BE_REPLACED

Another International Labour Movement is Necessary

[New Politics readers will be interested in the following article by Dan Gallin, who advocates social justice unionism, international solidarity and the need for workers' movements that actually move.