[October 24, 2014] Public outrage over the police murders of six people and forced disappearances of 43 students from the Atoytzinapa rural teachers’ college in the southern Mexican state of Guerrero continued to snowball this week.

Largely downplayed in the U.S. media, ground-shaking events are rattling Mexico. On one key front, Mexican Interior Minister Miguel Angel Osorio Chong announced October 3 the Pena Nieto administration’s acceptance of many of the demands issued by striking students of the National Polytechnic Institute (IPN). IPN Director Yoloxichitl Bustamante, whose ouster had been demanded by the students, handed in her resignation. 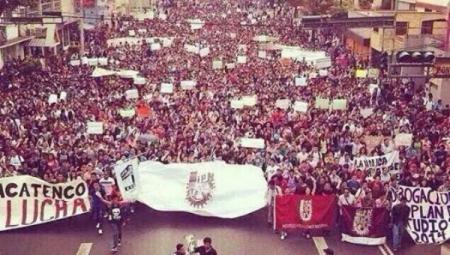