STEVE EARLY is a labor journalist, lawyer, organizer, or union representative active since since 1972. For 27 years, Early was a Boston-based staff member of the Communications Workers of America. He finished his CWA career in 2007, after serving as administrative assistant to the vice-president of CWA District 1, which represents more than 160,000 workers in New York, New England, and New Jersey. 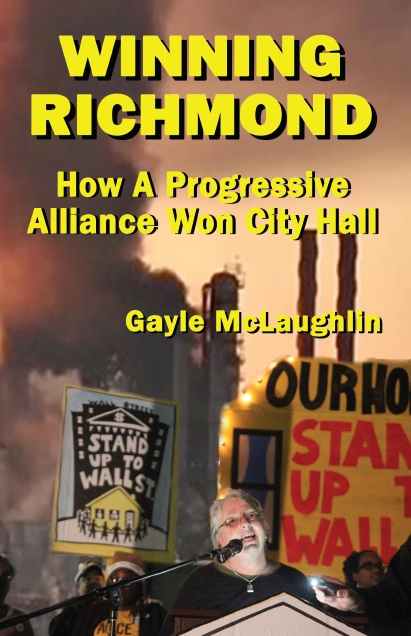 From Jackson to Richmond: How Radical Mayors Left Their Mark

Well before the Trump era, U.S. presidents from both major parties failed to address urban problems or made them worse. Governors, members of Congress, and state legislators didn’t perform much better. So the difficult job of fighting poverty, inequality, and environmental degradation shifted to the municipal level, where activist mayors have tried to mobilize the limited resources of local government on behalf of neglected causes and constituents.

Weinsteins in the Workplace: Will Unions Be Part of the Solution Or the Problem?

The exploding national debate about workplace harassment of women by powerful bosses or male co-workers is a great opening for unions to demonstrate their importance as one form of protection against such abuse.

Unfortunately, when unions are not pro-active on this front in their dealings with management or, worse yet, allow bullying or sexual harassment among staff or members, their credibility and appeal as a sword and shield for women (or anybody else) is greatly reduced.

A Tale Of Many Cities: Potholes in the Road To Municipal Reform

There is no better role model for aspiring radical scribes than Juan Gonzalez. The country’s leading Latino journalist is cohost of Democracy Now!, a former columnist for the New York Daily News, and twice winner of the Polk Award for his investigative reporting. Not many veterans of campus and community struggles in the Sixties and workplace organizing in the 1970s later moved into mainstream journalism with such distinction, Gonzalez has managed to combine daily newspapering with continued dedication to the cause of labor and minority communities.

Since 2004, members of the Richmond Progressive Alliance (RPA) have won ten out of the sixteen city council and mayoral races they have contested in their majority minority city of 110,000.

As Kermit the Frog, America’s most famous Muppet, says: “it’s not easy being green.”

Preliminary results of the Green Party’s latest national campaign confirm the reality of his observation. The Party’s much-touted goal was getting 5% of the vote on Nov. 8, so it could qualify for $10 million in federal funds for 2020 campaigning and maintain broad nationwide ballot access.

They don't put the slogan “Live Free or Die” on New Hampshire license plates for nothing!

There has been an inspiring statewide local union response to SEIU's predictably short-sighted headquarters embrace of Hillary Clinton. This Sanders endorsement comes from public workers who know Bernie well because they live and work just across the Connecticut River from Vermont–or, in some cases, are Vermonters themselves.

Over 1,000 local union leaders and members back Bernie Sanders for President

Over 1,000 union activists from around the country today kicked off Labor for Bernie 2016.

Campaigning With Bernie, Then and Now: Why Labor Should Give Sanders Strong Primary Election Support

When I first met Brooklyn-born Bernie Sanders, he was a pretty marginal figure in his adopted state of Vermont. It was 1976 and he was running, unsuccessfully and for the fourth time, as a candidate of the Liberty Union Party (LUP).

Never heard of it? Well that’s understandable because only Vermonters are still afflicted with its enduring flakiness. Liberty Union (LUP) was a radical third party spearheaded by opponents of the Vietnam War who had, like Bernie, washed up in the Green Mountain State as “the Sixties” subsided.

Liz Nikazmerad is a rarity in American labor: a local union president under the age of 30, displaying both youth and militancy. For the last two year years, she has led the 180-member Local 203 of the United Electrical Workers (UE), while working in the produce department of City Market in Burlington, Vermont. Thanks to their contract bargaining, full-time and part-time employees of this bustling community-owned food cooperative currently enjoy good medical benefits.

“Vermont…is the only state with universal single-payer health coverage for its residents.”

Police Violence is Not Inevitable

In the wake of a Missouri grand jury decision not to indict Darren Wilson, the police officer who shot and killed Michael Brown on August 9, it can be difficult to imagine a city in the United States where a police department and a largely black and Latino population work together productively.

But it’s happening in Richmond, California, a gritty town in the San Francisco Bay Area best known for its massive Chevron refinery and, in past years, for its high crime rate.