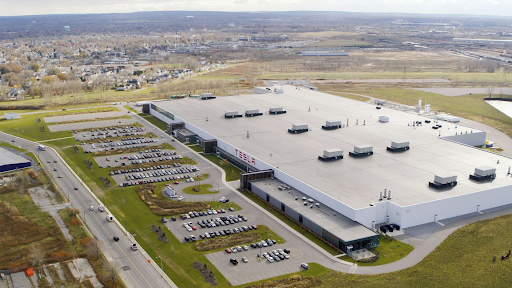 Rob Walsh, originally from a small town just outside Utica, is a material handler at the Tesla plant just south of Buffalo, New York’s downtown—dubbed Gigafactory 2—and part of the joint United Steelworkers/International Brotherhood of Electrical Workers organizing committee. One of plant’s earliest hires, he works 12-hour shifts three to four days a week, making $16.50 an hour. He is one of roughly 400 employees that work around the clock at the plant producing Tesla’s solar roof tiles. During those shifts, Walsh delivers production from the warehouse to the floor and then takes the finished product out to be shipped.