Justin Akers Chacón is an educator, activist, and writer in the San Diego-Tijuana border region. His recent works include No One is Illegal: Fighting Racism and State Violence on the US-Mexico Border (with Mike Davis, Haymarket Books, 2nd edition, 2018), and Radicals in the Barrio: Magonistas, Socialists, Wobblies, and Communists in the Mexican-American Working Class (Haymarket Books, 2018). 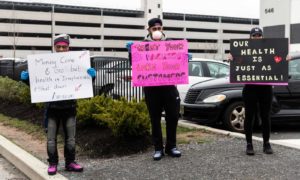 The global capitalist economy has quickly stumbled into recession, a process already unfolding before the COVID-19 pandemic came into full view. The effects of the spreading virus have led to rolling closures and shutdowns to large swathes of different international . . .