Karima Bennoune is the UN Special Rapporteur in the field of Cultural Rights; Professor of Law at the University of California, Davis School of Law, and a former Amnesty International Legal Advisor. She won the 2014 Dayton Literary Peace Prize for her book, Your Fatwa Does Not Apply Here: Untold Stories from the Fight Against Muslim Fundamentalism. Professor Bennoune gave the TED Talk: When people of Muslim Heritage Challenge Fundamentalism. Follow her on Twitter: @KarimaBennoune

The Truth About Charlie: One Year after the 7 January Attacks 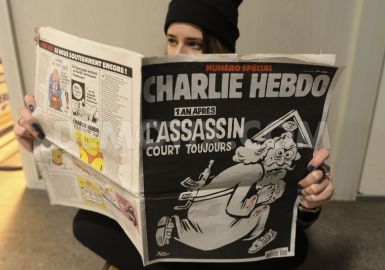 Two French Islamist gunmen of Algerian descent entered a newspaper office in Paris a year ago today and gunned down a generation of Europe’s greatest political cartoonists – many from an anarchist, anti-racist tradition  – along with their co-workers and those protecting them, who also included people of Algerian descent.  In case anyone is confused about the politics of this – it was a far right attack on the left.